This Monday, the 25th January, Footy Boots will in Manchester to meet Manchester United and England striker Wayne Rooney. 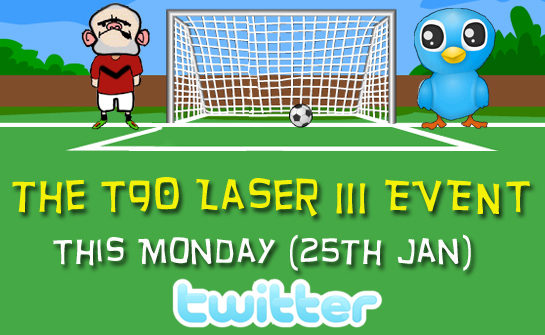 No, we haven’t been invited by Wayne and his Missus for tea and cakes, but instead, in association with Nike, we’ll be at the official launch of the T90 Laser III.

Rooney will be answering some questions (let us know if you have some good ones please), we’ll also be putting the new Total 90Laser III football boots through their paces as well as getting to grips with some new drills from Nike Football+.

Whilst we’d love to bring you along, Sir Alex may not be too happy with half the population turning up, so instead we’ve decided to do the next best thing – Run a live Twitter account of the day.

Yes, we’ll be Twittering live from the event to keep you bang up to date with what’s going on.

Written By
Felipe
More from Felipe
James Bailey examines how the tough economic climate is affecting some of...
Read More