Now that the adiPower Predator has been released, boot-spotting has kind of slowed down – but thankfully, Nike have a couple of tricks left up their sleeves in the form of the Fall colourway range – including this Navy/Fluo T90 Laser III spotted on Manchester United’s Chris Smalling! 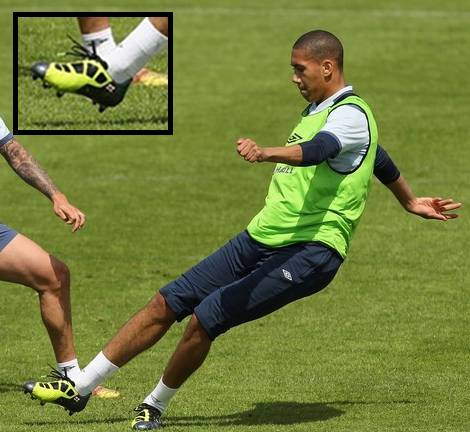 Training with the England Under-21’s ahead of the European Championships this summer, Smalling looks to be one of the first players to give us a sneak peak at the new Laser colourway ahead of it’s impending reveal.

Looking similar to the Black/Yellow K-Laser III released mid-way through last season, these will in-fact be the ‘standard’ synthetic T90 Laser III, in Navy/Fluo Yellow -a striking colour combination, we’re sure you’ll agree! 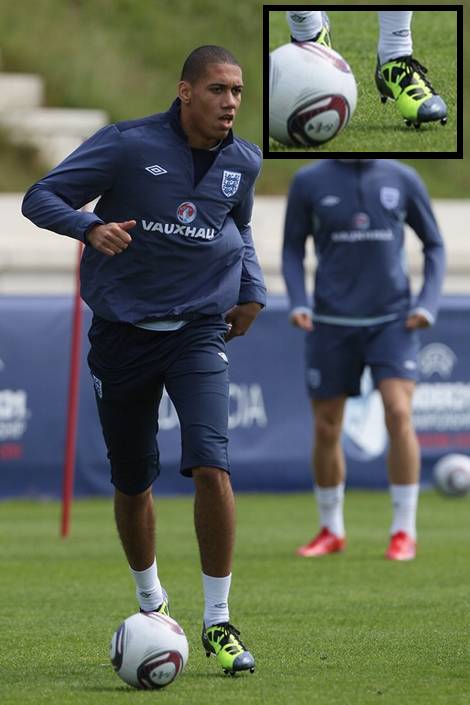 Having already seen the new CTR360 II and Superfly III on the feet of Robinho and Thiago with the Brazil squad last Friday and the launch of the new Tiempo Legend IV yesterday, we’ve got a pretty good look at what most Nike players will be wearing over the summer tournaments and during pre-season friendlies.

An interesting sub-point to this spot is it marks out Smalling as a definite Nike player if he’s receiving pre-release Nike football boots to train in – which means we’re unlikely to see the promising young centre-back playing in the Predator again any time soon!

A big thank-you to Rich D for this awesome spot!

Written By
Ramsay
More from Ramsay
The pick of this episode is the lesson in crossing from Gareth...
Read More