Footy Boots revealed that the new Superfly was available for retail purchase on 1st August 2009.

The newly strengthened football boot, which was launched in a Black / Yellow colourway, should prove a hit with Footy Boots fans who voted that particular colourway as their favourite when we previewed the initial range a few months ago. 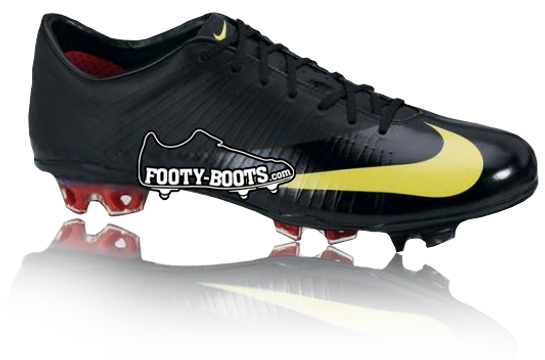 The football boots were originally intended to go on public sale from 1st April but a series of mishaps put paid to that plan with Nike postponing the date just 96 hours before the big day.

Followers of this story will remember that Footy Boots highlighted three instances of the boots ripping. First when Didier Drogba wore a blacked out pair in an international game for the Ivory Coast, secondly when Andrey Arshavin had to change his footwear during an Arsenal league game against Blackburn and lastly when Seville’s Luis Fabiano suffered a similar fate in a match against Valladolid.

Are they supposed to look like this? Didier Drogba’s boots come to grief.

As a result of our report and feedback that Nike received from the players involved, the planned retail launch was shelved.

At the time Nike issued a statement which read:

Nike is committed to delivering the best possible performance product to our athletes and consumers throughout the world.

Over 1300 hours of wear-testing and extensive athlete feedback and familiarisation have been undertaken in the development of the Mercurial Vapor Superfly football boot. This includes feedback from some of the best players in the world.

Our product development team recently received feedback from the players mentioned in the Footy Boots article and we are making slight modifications to the upper of the boots as a result.

The other colourway the Nike have left in the locker from the original line up is Platinum / Red / White which is also likely to be replicated in the Vapor V series as well. 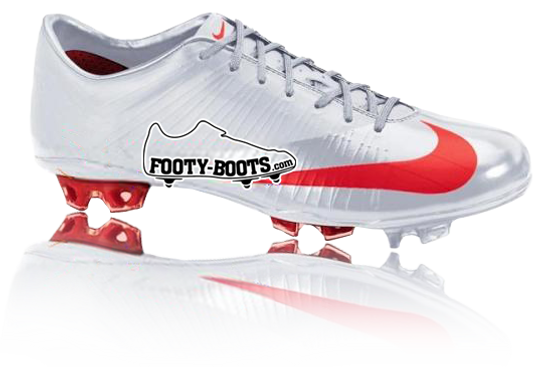 Tell us what you think of the Black / Yellow colourway by using the Footy Boots bootOmeter below.