Fans who tuned in to watch Atletico Madrid host Glasgow’s Celtic were in for a treat as they got a sneak-peek of a new yellow Superfly III on the feet of Hoop’s striker Georgios Samaras.

Thanks to Zack MacD for the spot! 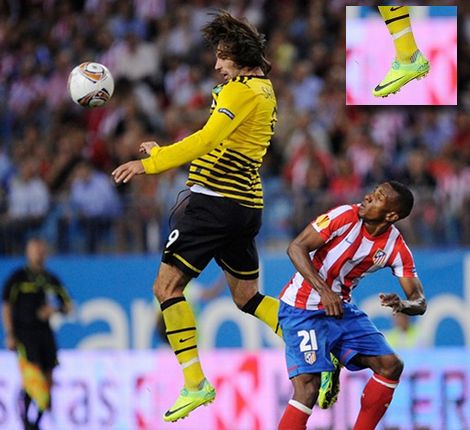 Looking a great match for the outrageous Celtic 3rd Kit 2011-12, the new yellow Nike football boots certainly stood out on the pitch last night, continuing the trend of bold Superfly III‘s that Nike have set since their launch.

Looking closely at Samaras’ football boots we can see that Nike have contrasted the Lemon-yellow upper with a Cyan heel section, which Nike say boosts visibility on fast moving players. 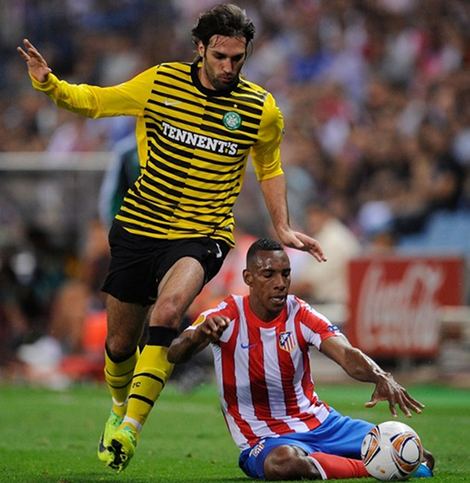 Whilst this yellow version of the Superfly III is much more ‘pastel’ than previous yellow Mercurials like the Ronaldo ‘R9’ Brazil Yellow/Green or the Yellow/Gold/Black Superfly I’s, we think this will prove to be another popular colour with players, thanks to their distinctive hue.

There are plenty of yellow kits out there that would look great with these football boots, we think the likes of Robinho and Ibrahimovic would look great in the new Yellow Superfly III, contrasting it to their dark AC Milan Home Shirt. 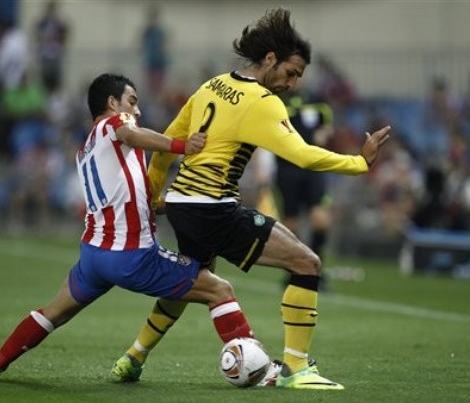 We expect to see these new Superfly’s along with the rest of Nike’s new range of colourways appear on store shelves launch on October 1st 2011.

In the mean time, we’ll keep bringing you exclusive spots of the Big ‘N’s new range of football boots until their official unveiling! 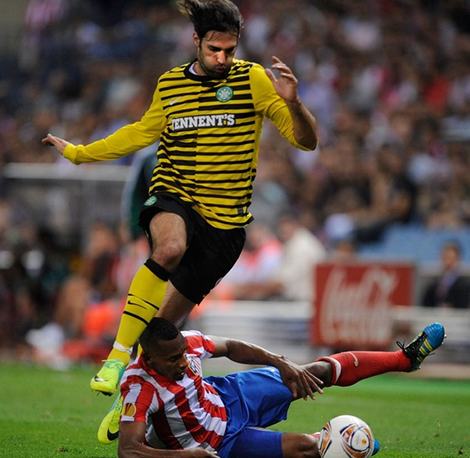 What do you think to the new Yellow Superfly III?

Written By
Kyle Elliot
More from Kyle Elliot
Puma announce they will be moving away from leather footwear in the...
Read More