The new Nike Superfly III hits store shelves today, and Nike are celebrating the launch in the best way possible – by giving us their flagship football boots to play with on Nike iD – but there’s a twist to this release… 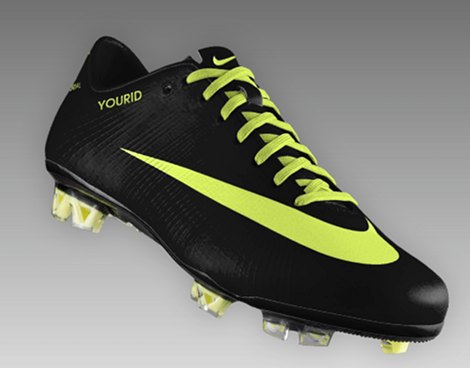 The first thing you’ll notice on your custom football boots is that the graphic on the instep is completely different to the current Superfly III ‘lightning’ instep pattern.

Now, we don’t want to spoil any surprises, but we know that this graphic will feature heavily on the instep of one of Nike’s upcoming ‘signature’ football boots, so it seems that this special graphic is there to let everyone know that they’re wearing a pair of boots specific to a player – or in the case of Nike iD, specific to you!

As for what a Nike iD Superfly III offers over the retail version, for starters it comes with a either a solid balck or white upper, which might be disappointing for some, but the huge variety of colours available for the branding, instep graphics, laces and logos make this one of the most customisable football boots ever to launch on Nike iD. 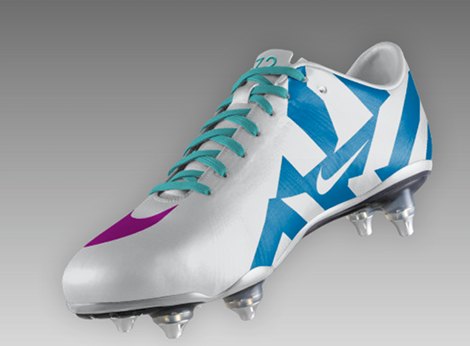 Fancy playing like the Pro’s? Well, the Nike iD Superfly III offers you a couple of options that are normally reserved only for the world’s elite.

When choosing the sizing of your custom football boots, you now have the option to have your boot built upon a wide last for no extra cost. So, if you’ve had trouble getting the Mercurial Vapor series to fit before, this could be the perfect solution for your wide-foot problems! 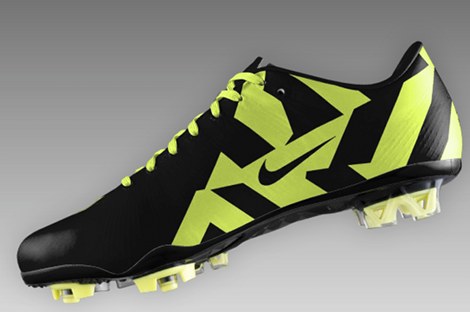 As you would expect, this service doesn’t come cheap – at £315, the Nike iD Superfly III is probably the most expensive pair of football boots you could buy at the moment.

But with many stores selling the standard version of Nike’s latest for £285, getting exactly what you want would certainly a justifiable extra expense, especially if you’re buying an SG model or have wide feet!

Let us know if you end up buying a pair – we’d love to see some photos of your Nike iD boots on our Facebook page, if you have any!