Nike will end the weekend with mixed feelings over the aftermath of the Madrid derby that saw the ‘official’ debut of the new Mercurial Vapor Superfly III. 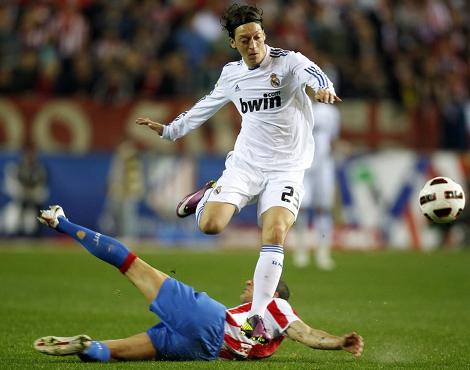 On one hand, Mesut Ozil bagged Real Madrid’s second goal of the game in Nike’s bright purple new football boots, getting them off the mark in some style by combining with fellow Superfly III wearer Marcelo to get Real off the mark with a classy first time finish.

The German has quickly blossomed since moving to Madrid just before the World Cup and it seems as though signing up the plucky midfielder will prove to be a prudent piece of business by Nike. 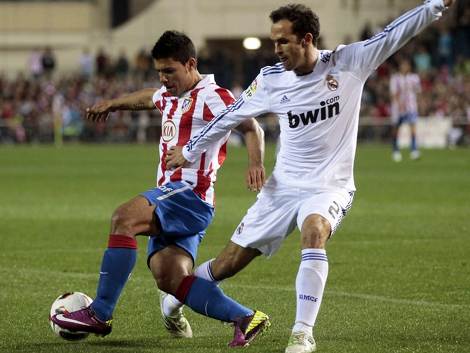 Whilst on the red and white side of Madrid, Kun Aguero’s powerful run and finish was a great advert for what a ‘Superfly’ player is about, as he attempted to inspire a late comeback from Atletico.

On the downside, Nike’s leading face for the Superfly III, Cristiano Ronaldo, was substituted off before the game’s end after picking up a hamstring injury that may see the star out of action for a vital three weeks in Los Mergengues season.

Ronaldo took to the field in a customised pair of the new Superfly III – fitted with the Portuguese’s renowned mixed-stud sole configuration and continuing to shirk the NikeSENSE studs that are among the Superfly III’s key selling points. 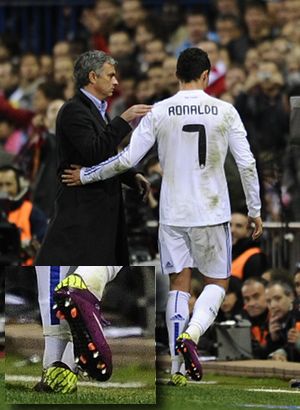 Rumour has it that we could see the Superfly III in a custom colourway for Ronaldo before too long, so it will be interesting to see how this latest injury might effect the launch of CR7’s latest football boots.

Elsewhere in the World, Clint Dempsey was on the mark for Fulham wearing an SG version of the Superfly III against Everton at Goodison Park.

Why pick out Dempsey, you ask? Sharp-minded boots fans will remember that the Texan scored the Superfly II’s first competitive goal against Juventus in the Europa League – making that two successive Superfly debut goals! 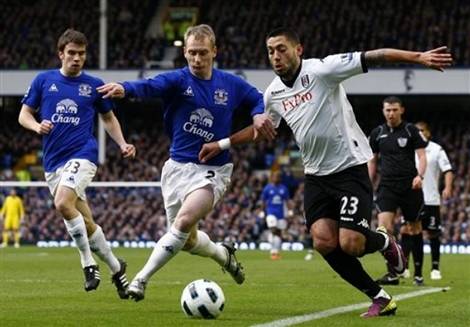 It seems as though new football boots are something of a good luck charm for the American!

How many other players have you spotted in the new Superfly III this weekend?

Written By
Kyle Elliot
More from Kyle Elliot
Ibra brings along a pair of Blue boots to a Nike photo...
Read More