Twitter comes in for a bit of a slating in the World of football – some saying it allows footballers to really connect with their fans, some saying it does nothing but cause trouble. But when footballers are posting stuff like this, we say ‘Long Live the Tweet!’. 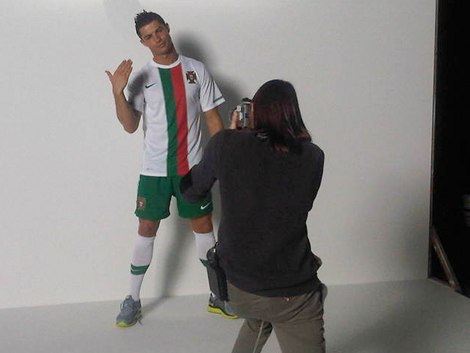 Nike Golden Boy, Crisitano Ronaldo, spent an afternoon in February posting images from the set of a new Nike ad – saying ‘shooting the new @nike commercial’ and ‘excited to see how it turns out’. 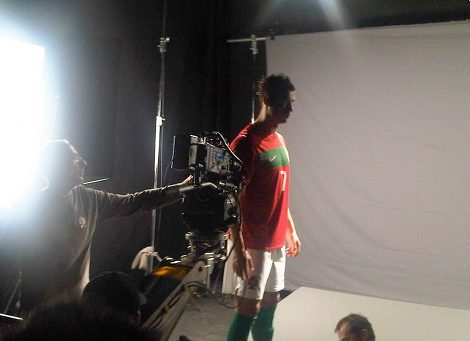 Whilst the Nike media team surely had a hand in making sure that the Real Madrid Superstar didn’t snap a shot of his feet during the afternoon, we’re positive that he was filming for an ad for the new Superfly III. 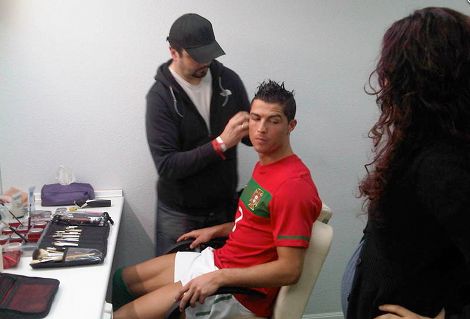 Many of the photos on the Portuguese’s Twitter were of him pottering around the set, posing for photos and getting the make-up treatment (making him the second footballer we’ve seen this week getting the Hollywood treatment, after Samir Nasri!).

However, one photo in particular caught our eye in more ways than one!

To the untrained eye, it is just a shot of the back of the Most Expensive Footballing Head in the World ™ – however, to the side of the picture, someone is ready to hand Cristiano something that is bright, bright, bright purple. 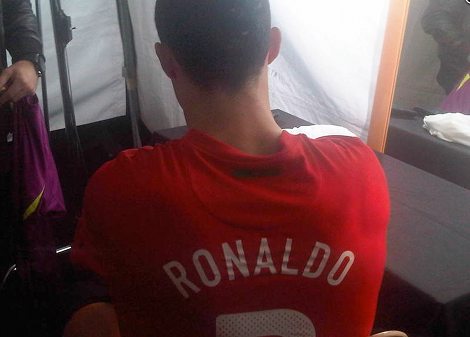 As best as we can tell, this is a football boots bag, or perhaps a training top in an awesome shade of purple with bold yellow branding – and as we all know, Nike’s training Gear does tend to match their respective football boots in some way.

Now, with the Superfly being based on visual performance, could this mysterious garment be foreshadowing the launch colourway of the Superfly III? 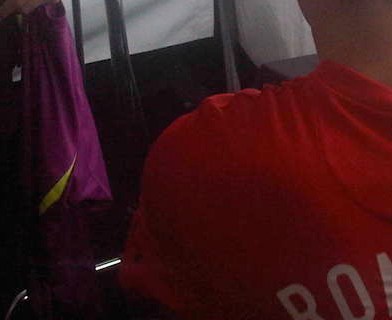 Well – Nike would certainly be pushing the envelope once again, and some lightweight football boots in a paint-job like that would really get people talking!

What do you think if the Superfly III came in these colours? Love ’em or loathe ’em?

Hit up the comments and let us know!

Written By
Kyle Elliot
More from Kyle Elliot
German upstarts revamp the Classic with a some new tech and a...
Read More