**Update! Nike have announced that the Windchill Superfly II will be worn by Cristiano Ronaldo after 3 months in his signature Safari range. Expect to see them being worn by the Real Madrid talisman on January 16th (the same day Messi is set to d'©but the new Prime – coincidence, we don’t think so!) **

Nike have put a lot of love into the designs of their flagship football boots since their launch in February, including throwbacks to the Pink Vapor IV and Cactus Vapor III – but many fans have sounded off in our very own comments section, asking for something a little more adventurous from Nike. 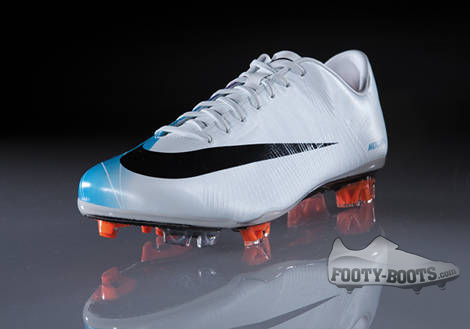 This seems to be the response from Nike to those fans who want something a little different from their Superfly II‘s – and that difference is the addition of a Chlorine Blue fade down the instep of these speed football boots!

We’ve got to admit, the White upper is pretty smart on it’s own, compared to some of the louder Superfly II‘s we’ve see on the market, and a solid black tick does a long way to not overcrowding the design.

As for the fade, we hope to see it come back on other Superfly II‘s in the future as it’s pretty tidy looking. Blue to Purple isn’t exactly the colourscheme that would have been on the top of our list, but it does give these football boots an icy feel; certainly explains the ‘Windchill‘ name!!

We know that wingers have a history of loving white football boots, especially when it’s on the Mercurial Vapor series; which is why we reckon we’ll see the likes of Mesuet Ozil and Aaron Lennon giving them a run out before too long. 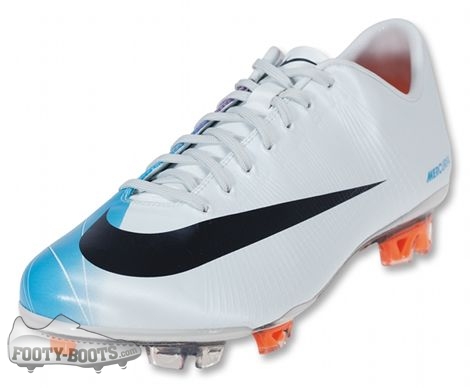 When can we expect to be able to get our hands on these Superfly II‘s? Unlike the rest of Nike’s current slew of releases, these football boots will begin their pre-orders now, but won’t hit shelves until early February – meaning you’ve got plenty of time to sell off any rubbish Christmas presents to pay for these! 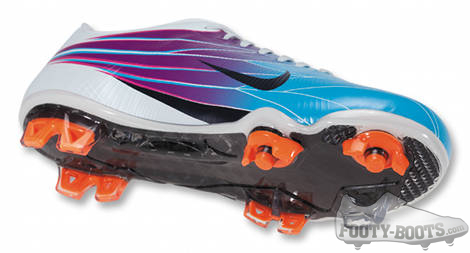 What do you reckon to these imaginatively-designed boots from Nike?