The official football of the UEFA Super Cup.

adidas has also designed a futuristic match ball to be used in the UEFA Super Cup game in Monaco on August 28th, between FC Barcelona and FC Shakhtar Donetsk. 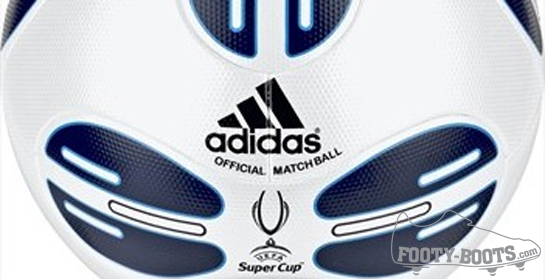 Written By
Felipe
More from Felipe
Following a string of Ă˘â‚¬Ĺ›leaked kit designs, we bring you some news...
Read More