Sergio Aguero, Thierry Henry and Steven Pienaar aren’t the only players to have switched boot allegiances this summer! In fact, this year has been one of the best for stars swapping football boots in recent memory, and here’s some of our favourite swaps from this summer! 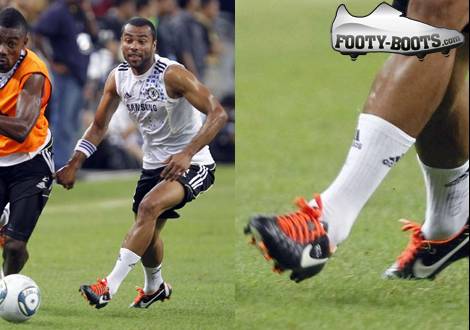 England & Chelsea Left-Back Ashley Cole has had a low-profile summer this year, only getting his name in the papers for the right reasons. But one move by Cole that has been making waves is his switch from the CTR360 to the Tiempo Legend IV.

The ex-Arsenal man has told Footy-Boots.com that he loves a soft leather football boot, so we can see why he’s gone for the new Legends – but we’re very intrigued by his choice of soleplate; opting for the standard TPU over the Elite version’s usual Carbon Fibre. 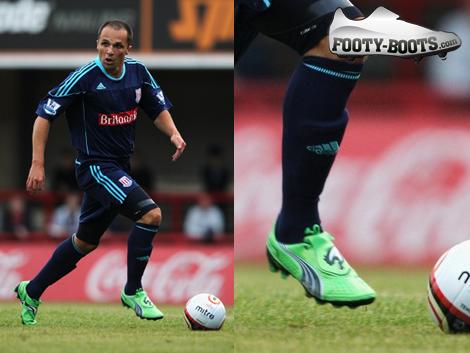 Stoke City’s pacey wide-man Etherington won many plaudits last season playing in the adidas F50 adiZero, but the former England Youth player is clearly in the mood for a change having switched to the Fluo Green Puma v1.11.

Despite being beaten by the Puma v1.11SL in weight-stakes, it’s been a very interesting summer seeing just how many players have gone for the increased stability and protection of the v1.11 to it’s lighter sibling. 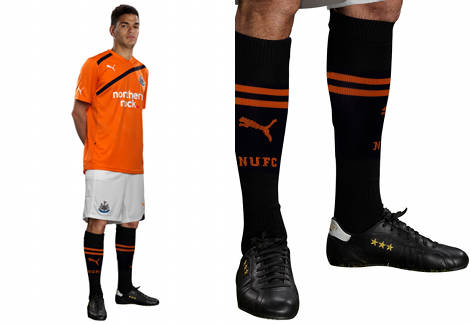 With Barton let go, Carroll sold in January and Nolan dropped down to the Championship, Newcastle will be relying heavily on the prodigious skills of Hatem Ben Arfa. Which is why it’s such a blow he’s missed most of pre-season injured.

The Frenchman played out his small part in the Toon’s tour of the USA in Tiempo Legend IV’s – a drastic change to the adiZero’s he wore when he broke his leg. But these publicity shots for the new NUFC Away kit suggest he was also considering the ‘Golden Slippers’ as his cleat of choice. 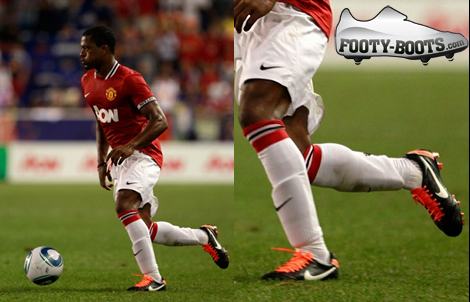 When Nike revealed the teaser images of the new Manchester United Away shirt, many questioned whether Evra’s appearance in the new' Nike Tiempo Legend IV was an error by Nike.

But the long-time-Laser man didn’t disappoint, wearing the new Legend in all of his games with Manchester United this pre-season.
Diego Forlan – adidas adiPower Predator football boots 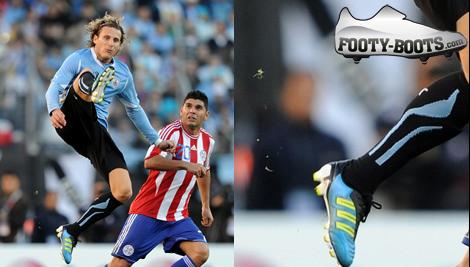 Another player to join the likes of Nani in moving away from adidas’ super-light F50 range, Forlan obviously felt that he needed to bring some power back to his game when he decided to play the Copa America in the new adiPower Predator. 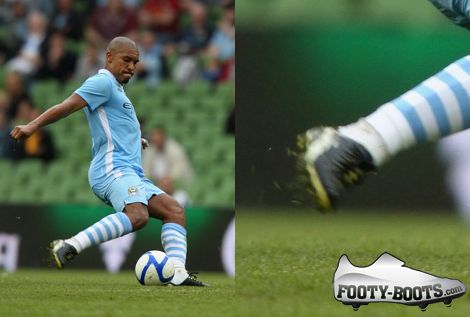 Dutch bruiser De Jong has played in a multitude of adidas’ adiPure football boots over the last 12 months, often plying his trade in blacked-out models.

But it could be the World Cup finalist is the latest to join Puma’s ranks now, after playing the latest pre-season games in the classic Puma King. 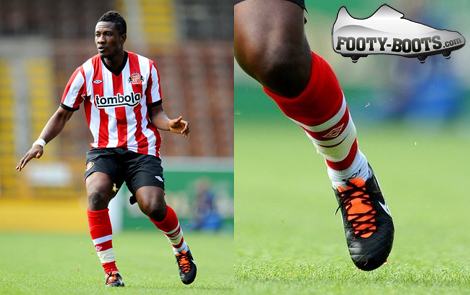 Having made his name in the South African World Cup only 12 months ago wearing adidas’ F50 cleats, it’s definitely a shocker to see the Ghana Talisman playing in the ‘Big Tick’ of Nike!

Gyan often played in the Leather adiZero, so perhaps the Sunderland forward is looking to keep that natural ball-feel but add a bit more protection to his game – hopefully avoiding another Sunderland striker shortage!
Pepe – Umbro Geometra football boots 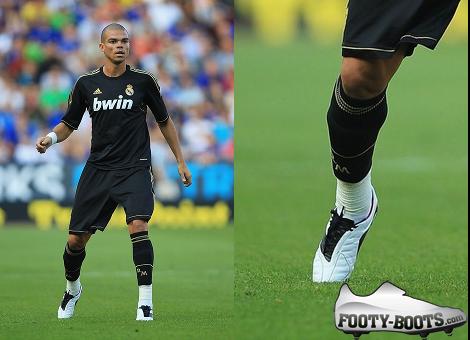 Pepe was the unstoppable force in front of the Real Madrid back four last season, thundering challenges in the middle of the park without discretion. However, it seems the Portuguese international is somewhat more concerting when it comes to his choice of football boots.

Having spent last season chopping and changing between the Umbro Stealth Pro and Stealth Pro II, Mourinho’s enforcer played Madrid’s friendly against Leicester City in the new Geometra. Umbro would likely be thrilled if the versatile midfielder should he stick with the ‘control’-focused boot, which is the main focus of their promotion this year.

Have you seen any other stars swapping football boots this pre-season?

Tell us about them below – you know you want to!