There are some Sunday traditions which are well worth upholding. First off, always try and avoid your parents gaze when they ask the question: “Right, which one of you is going to pick up Grandma?”

Secondly, at various stages of the morning, venture in to the kitchen to see just how your mother prepares enough food for you, and the entire Russian army should they happen to pop round (which unless you live in certain parts of Georgia is pretty unlikely).

And thirdly, always follow up Sunday lunch with a spell in front of the TV for a good belt of comedy. This weekend, there was Chitty Chitty Bang Bang (for the kids) on ITV, some'  timeless British classics on UK Gold and of course, Newcastle United on Sky Sports.

For half an hour or so away to Everton, United lived up to their billing as one of the funniest and bedraggled sides in the Premier League as they quickly went 2 down.

They couldn’t do much about the first goal with Mikel Arteta scoring from the spot but some comic defending was responsible for Everton’s second, neatly turned in by Marouane Fellaini.

But as half time approached, something changed, something happened. Newcastle scored. And it was our weekend star who got the goal and for a time, almost single handedly, dragged Newcastle back in to the match.

In first half injury time, Taylor, in his Nike Total 90 Laser II football boots, rose like a salmon at the back post to head home a Newcastle lifeline and give them hope going in to the break.

Two minutes after the restart, it was Taylor again producing a fabulous run and cut back for Damien Duff to level the scores. 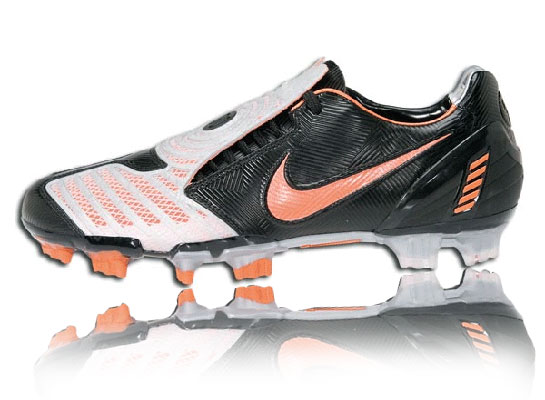 Indeed, United, with Joe Kinnear in charge for the first time, were unlucky not to take all three points with Leighton Baines responsible for a brilliant block to keep out Charles N’Zogbia.

Kinnear himself was delighted with the point and praised Taylor in particular saying:

Half-time was about lifting the players and getting ourselves back in the game.

Taylor’s goal was the crucial one, scored more-or-less on half-time, ‘Duffy’ then sticks another in.

We’re unfortunate because they kicked two off the line, but it’s a great start and stops the rot – we’ve lost five games out of the last seven and this will give us a boost.

It most certainly should. Kinnear will be made up that his skipper led from the front and Nike will doubtless be pleased too that Taylor’s Total 90 Laser II football boots have at last been shown in their true light.

Written By
Felipe
More from Felipe
Castrol lay some facts down for us ahead of tomorrow's epic semi-final!
Read More