Steven Gerrard, 34, made his final appearance at Anfield on Saturday 16th May, losing 3-1 to Crystal Palace.

In recognition of his dedication to Liverpool over his career adidas created a special edition Predator Instinct football boot. 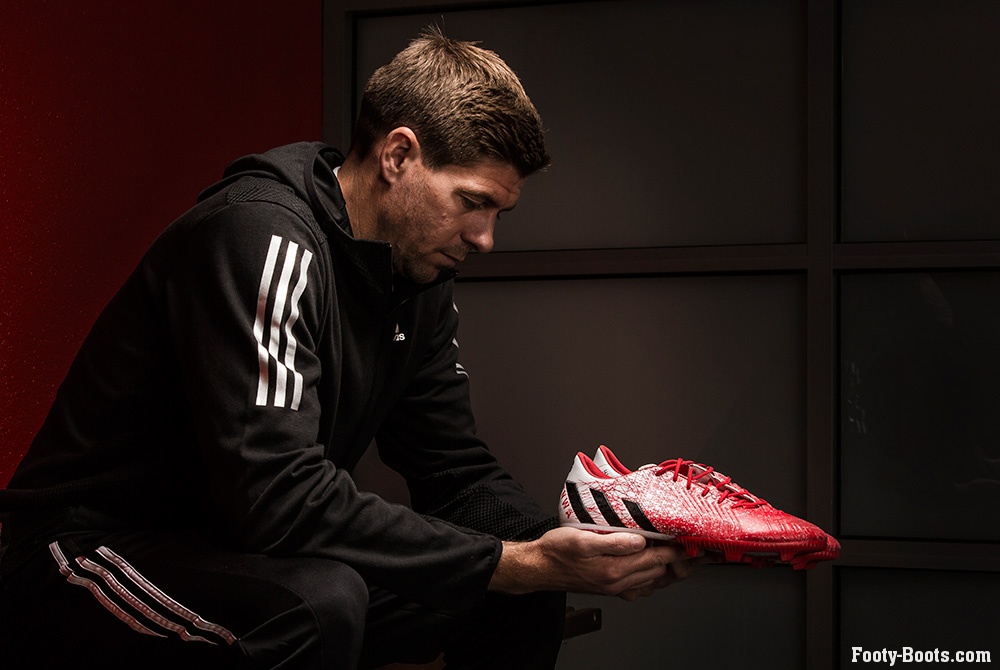 This final pair of Predators, a boot which he has used for nearly two decades, has been created in red and white, with unique and personal detailing throughout.

On the outer heel reads YNWA. You’ll never walk alone, has been The Kop favourite since the 1960’s.

Gerrard will be wearing the football boots for his final two games for Liverpool.