By the beginning of 2006, the international market for performance foods and drinks had risen by over 50% in 5 years and was worth almost US $20 billion. The surge in demand was led mainly by performance drinks, particularly energy drinks and sports waters.

Since that research was carried out by marketresearch.com, business has continued to grow and the industry players are continually bringing out new products for hydration, energy release, recovery etc .

But what, in particular to football, is the science that lays behind the staggering number of designer drinks, or Functional Soft Drinks (FSD’s) as they are known in the trade, that are now on offer to the professional player and the enthusiastic amateur.

In part 2 of our study, Footy Boots, thanks to Zuku, who recently introduced their Soccer Pro range, has been given access to their pre-launch conclusions which followed 3 years of work by Swiss scientists in association with a number of UK players.

In particular, their Research & Development team examined the different types of physical exertion on the body during a game and mental stresses and came up with the following data.

In anticipation of the start of the game, there is a sudden release of adrenaline that causes an immediate burst of energy. On a physiological level, the body responds with a stronger and faster heart rate. Blood is diverted from less vital organs and pumped to the parts of the body which need it the most. This results, for example, in a dry mouth and hands feeling clammy.

On a cellular level, cells prepare themselves for more activity by kicking into overdrive. As an immediate response, the power houses within the cell (known as mitochondria) start by burning up more of the carbohydrate glucose to generate more energy. Along with the energy released, more carbon dioxide is correspondingly produced. This acidic gas has to be removed from the body and consequently breathing starts to be deeper and more frequent in order to exhale the excess gas. The breakdown of energy stores that occurs using oxygen is called aerobic respiration. 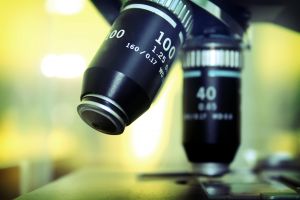 When the body is forced into extreme and sudden exertion – such as sprinting to close down an opposing player – cells may not be able to keep pace and therefore must switch into a less efficient mode of generating energy. This alternative energy phase occurs without oxygen and hence is known as anaerobic respiration. It results in generation of end products such as lactic acid that have a profound effect on performance. Lactic acid lowers the pH of the local muscle environment and if not removed into the circulation can cause irritation leading to severe pain. This event can result in cramp. It also explains why most instances of cramp occur during the second half, as muscles tire and the body is unable to recover fast enough. Different components known as coenzyme catalysts, found naturally in food and made by the body, are critical for anaerobic respiration to occur. The intensity and duration of an activity determines the extent to which each energy system is used. 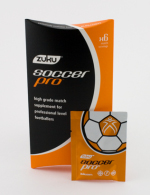 During the course of a football match, a player is subjected to many different kinds of mental stress. This can affect performance adversely, for example through a poorly struck penalty or fumbled cross. Players must be sufficiently relaxed to cope with such moments of pressure, yet also be alert enough to react to sudden changes in play. Footballers able to harness alertness with a co-existing calm state of mind are likely to attain a level of focus they would not otherwise achieve.

Pre match meal rich in carbohydrates, low in fat and easy to digest
Hydration: it is important to restore lost fluid. Drinks taken on should preferably not be too sugary
Half time orange or sugared sweets to provide a small amount of energy

The Future Of Performance Optimisation

Current methods for assisting match performance are useful for providing the body with fuel and fluid. However, specific catalysts responsible for the efficient conversion of energy can additionally play a critical role in performance optimisation.

So, if you’ve ever wondered why your left back is a devotee to the sports drink of his choice, now you know. Even if he’s a cart-horse at least he has science on his side.

Written By
Felipe
More from Felipe
A one off charity shirt becomes Everton's fastest selling shirt of all...
Read More