The World Cup Champions Spain have never sold so many replica shirts. It’s no wonder the nation gets behind this formidable team with so many super footballers, who have lived up to their expectations and delivered trophies.

So with such a succesful team, adidas and Spain have produced their new Spain Shirts, hopefully to live up to their team’s standards. 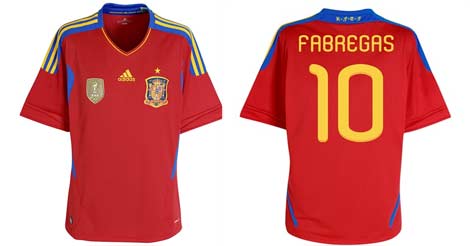 
The New Spain Home Shirt is made by adidas.

Containing stripes of electric blue down the sides of the abdomen and on the shoulders, the blue patterns well with the shorts.

With the Spanish flag being yellow, yellow is used on the shoulders, the V-neck collar and the shirt numbering.

Perhaps the most notable use of yellow, is on the gold star which signifies that Spain have won a World Cup. Also, the stitching “FIFA World Champions 2010” can be found on the inside of the collar.

The shirt also uses the Climacool technology which provides ventilation during performance. 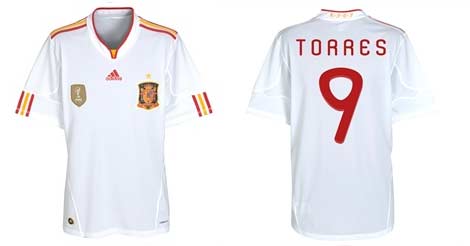 The Spain Away Shirt.


The white away shirt is adorned in a similar way to the home shirt, with the use of the Spanish Flag colours of red and yellow.

Written By
Felipe
More from Felipe
Share sale staves off threat of administration for high-street sports store, and...
Read More