Budget airline Kulula were told recently that by FIFA to pull a series of ads that proclaimed Kulula the ‘Unofficial Carrier of the ‘You Know What’ as they infringed on too many trademarks that were pertinent to this summer’s World Cup.

Unimpressed that their tongue-in-cheek advert was taken so seriously by the bureaucrat’s at FIFA Kulula have hit back with something even funnier: 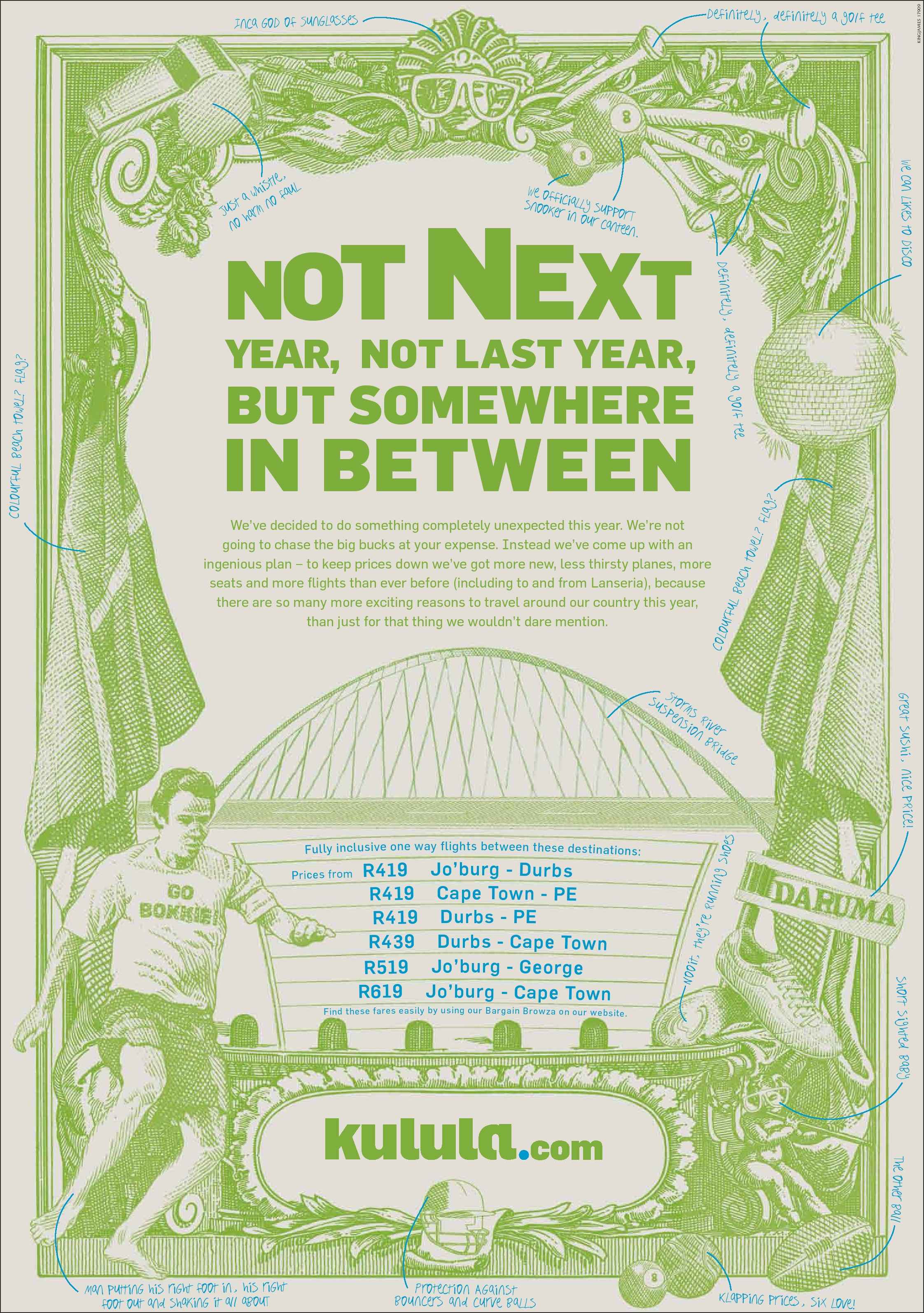 
The advert goes very close to the bone with several images, including some golf tees that look strikingly similar to the famous Vuvuzela, but we’re assured by the text in blue that they’re ‘Deinitely, definitely a golf tee’, and those shoes that look like football boots? ‘No, they’re running shoes’ according to the ad.

Definitely a seriously cool ad – a sign of a great company – rather than getting a nasty letter from FIFA’s legal department and slinking off with their tails’ between their legs, they turned it into something funny that’s got them global media attention!

Written By
Felipe
More from Felipe
Michael Owen is expected to miss the England games against the USA...
Read More