Following on from the unparalleled back-and-forth between adidas and Puma following the World Cup, the brand with the Big Cat are proud to reveal their first ‘proper’ kit for Bafana Bafana; the new South Africa Home Shirt 2012-13 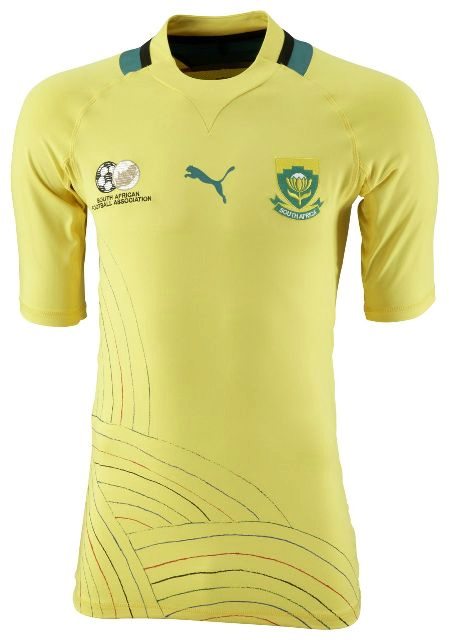 The' South Africa Home Shirt 2012-13 is also the first kit to come out of Puma’s Creative African Network; to mark the African Cup of Nations this winter, Puma challenged an artist from each of their 10 African Federations to come up with a design to go on the shirt that reflects the essence of their country.

South African brothers' Hasan and Husain Essop are the creative minds behind the simple rainbow pattern that wraps up the bottom and sides of the South Africa Home Shirt 2012-13, visualising South Africa’s famous nickname; the ‘Rainbow Nation’.

As for the techy bits-and-bats, the new South Africa Home Shirt 2012-13 fits the players tightly which prevents any unsportsmanlike shirt-grabbing and, Puma hopes, to make the players more physically intimidating on the pitch. 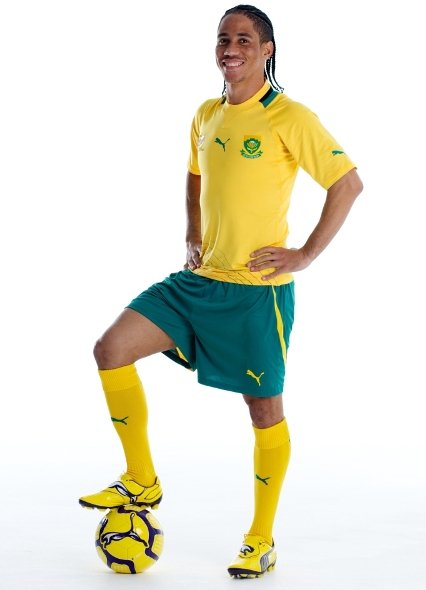 You’ll also get a sneak peak at a new Puma v1.11 colourway in this photo, as Puma new-boy Steven Pienaar models a rather fetching Yellow/Parachute Purple version; expect to see more of those in December.

We think this is a pretty neat overall look for Bafana Bafana, and we can’t wait to see what else Puma’s coalition of African artists come up with for the other federations at the African Cup of Nations.

South Africa will wear the' South Africa Home Shirt 2012-13 for the first time when they play against the Ivory Coast in the Nelson Mandela Challenge on Saturday 12 November, with a retail release and pricetag still TBC.

Written By
Ramsay
More from Ramsay
For players with real ability, pure class, and perfect play there is...
Read More