Footy-Boots.com is giving away a free Soccer Pro Player Pack* worth £9.99 to the first ten people who request it on the Footy Boots Forum!

Soccer Pro is a new match supplement which has been developed in response to the intensifying demands of the modern game. It claims to bolster the performance levels of professional footballers. Premiership stats for the 2006/7 season show that 151 goals were scored in the final ten minutes of the match, that’s over 16% of all goals scored. Footballers in 2007 are quicker, stronger and bigger than ever before. The top players are running close to 12km per match, so it’s hardly surprising they are getting so tired late in games. Muscle cramp and blips in concentration are signs of fatigue and often result in late goals.

It’s not often that we here at Footy-Boots.com look to endorse a product, but after testing Soccer Pro ourselves we found it really improved our energy levels, especially in the final stages of our matches. 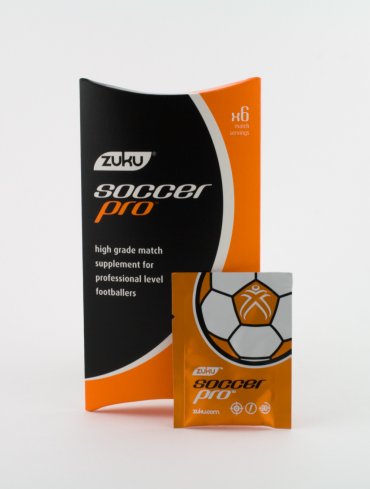 Soccer Pro took over three years to develop. The head of RnD at Soccer Pro HQ, Dr Mathew Leigh, reveals more about the recently patented formulation: ‘Our aim was to create a product specifically for the modern Pro-footballer. Soccer Pro has been designed to fit into a player’s existing match-day routine and give them something extra during the vital stages of the match. Our challenge was to deliver cutting-edge ingredients into a format that worked for footballers.’

Soccer Pro can be used shortly before kick-off or at half-time. Each sachet contains one match serving and the small, chewable tablets are fruit-flavoured and easy to eat. All the ingredients in Soccer Pro are totally natural and 100% safe for sports use.

Although Zuku, the manufacturers of Soccer Pro, would not reveal the specific professional players using Soccer Pro, they are currently supplying a number of professional clubs and the product has been well received.

*Competition only open to people resident in UK.

Written By
Felipe
More from Felipe
Take a look at the sharpest CTR360 Colourway yet, and tell us...
Read More