There’s a great deal of questions hanging over the modern age of football, ones that desperately need solving lest they effect footballing history itself; Goal Line Technology, ‘player power’, unscrupulous agents and retrospective punishment. 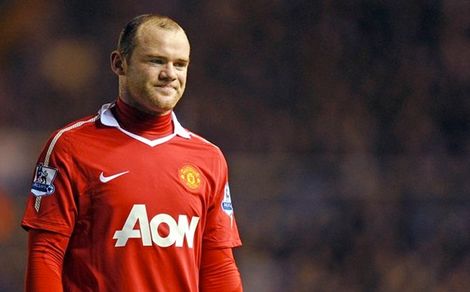 So, why-oh-why is it that the latest IFAB meeting in Wales (which was undoubtedly, ‘not cheap’ to put it lightly) concluded nothing of note, bar a ban on the passing fad of Snoods?

Whilst there was a passing mention in the week before the meeting that Goal Line Technology was on the agenda after all 10 systems had failed their initial testing – thanks in no small part to FIFA’s unreasonable ‘100% Accuracy and 1 second response time’ base standards for the systems on show (the equivalent of asking for a kettle that boils instantly and always makes your cuppa the way your nan used to) – the only thing that had your average footballer talking was that there was a ban coming in on all Snoods, neck-warmers and Jacobian ruffs on the field of play, which will be enforced on July 1st (oh, so the middle of summer, then?). 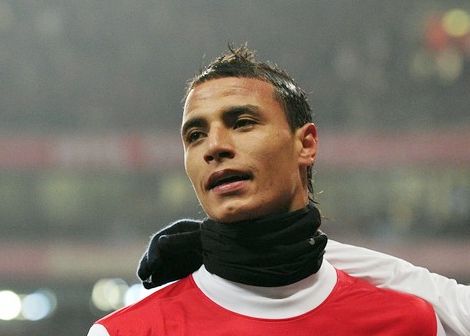 Chamakh: How will he cope?

Whilst I don’t envy the IFAB’s job of having to find universal ways of making the beautiful game better, among swathes of opposition in the form of chairman, managers, players, fans, angry columnists (hello!) and even some political leaders – I certainly cannot defend them having an annual meeting in which nothing was accomplished bar the banning of harmless neckwear.

If a governing body/corporation/government appoints a board to do something, in any other circumstance, if the job isn’t getting done they’re usually out of a job rather quickly.

I certainly appreciate that something as controversial, technologically complex and downright vital as Goal Line Technology is going to take more than one or two swings of the bat to get right – but the IFAB had the chance to change the game for the better, make people happy, and maybe win over some nay-sayers with something as little as tweaking a sentence on a piece of paper.

I am, of course, referring to this week’s hot-topic, retroactive punishments for fouls and violent conduct.

As it stands, the FA and other governing bodies are unable to enact any sort of ban or fine on a player, providing that the referee has ‘taken action’ on the incident that occurred during the game. 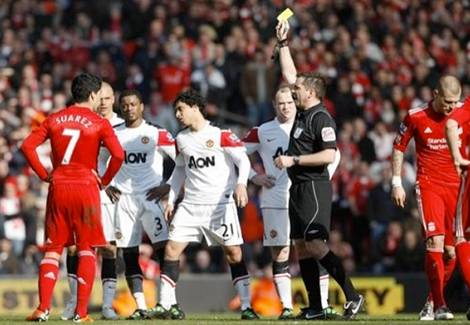 These past 10 days, we’ve seen Wayne Rooney, Jamie Carragher and Rafael da Silva all come in for criticism over their on-pitch actions, ranging from stray elbows to wild challenges. But as free-kicks, weird gestures and yellow cards were doled out by referees, the FA can take no action against the perpetrators.

This comes in spite of their actions having far-reaching consequences. One heat-of-the-moment challenge from Jamie Carragher could leave Manchester United without their in-form winger Nani for the remainder of the season due to the risk of infection – if some red-tops are to believed.

The reason this is such a hot-button for me at the moment is not because I’m some sort of stickler for justice, who believes all sinful players should be smite down by all-seeing eye of UEFA – it’s simply because the sooner players get caught and punished for being violent towards other players – the sooner they learn not to do it again. 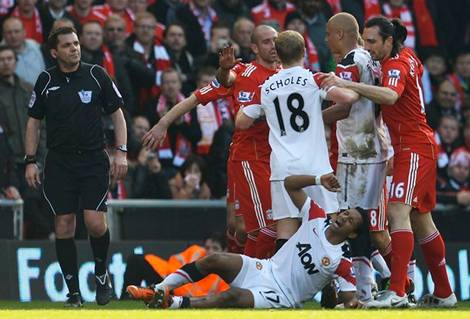 Carragher: Could have ended Nani’s season – is a Yellow really justice?

And in turn, the sooner players learn that they can’t get away with actions like that, the better the game is – less injuries, less suspensions and a better example set for young and amateur players.


I appreciate that the IFAB are simply trying to make the game better by taking care of the ‘little things’ that are wrong with the game (see: Snoods – not that there’s anything inherently ‘wrong’ with them), but what could more of a ‘little thing’ than changing the wording of one rule – giving football’s powers-that-be the ability to punish players that have done wrong?

That – as always is just my two cents – and I’d be interested to hear everyone else’s take on the conclusion of this week’s IFAB meeting!

Are they right, making sure the small decisions – like Snoods – are taken care of?

Or should they be focusing their energy onto bigger and better things for the game?