After extensive testing earlier in the month, it looks like Nike are readying their top stars for the soon-to-be-released Nike T90 Laser IV – with Wesley Sneijder leading the charge for these new football boots! 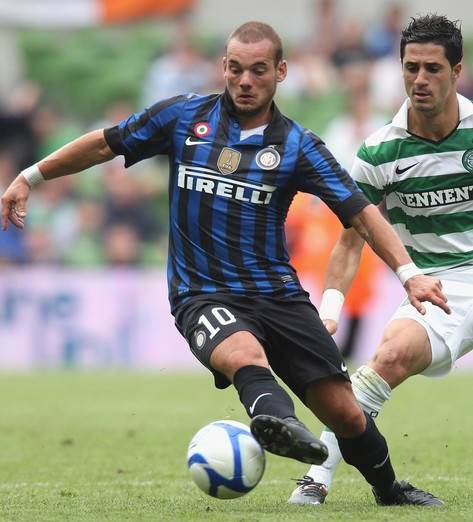 Nike’s latest Power/Accuracy football boots seem to be next on the American Brand’s hit-list after 3-on-the-bounce hits in the form of the new CTR360 II, Superfly III and Tiempo Legend IV – with many anticipating the reveal of these fearsome new cleats within the next couple of months!

With that in mind, Inter Milan’s most-talked about player this summer – Wesley Sneijder – is likely to be trying out the final version of the Nike T90 Laser IV, before he ditches his Laser III’s for good. 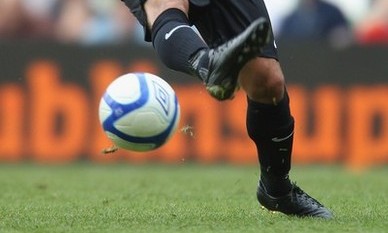 In the past, we’ve spotted the likes of Iniesta and Gerard Pique trying out blacked-out versions of Nike’s latest football boots a couple of weeks ahead of their official reveal – and they have both gone on to be the marquee players for the CTR360 II and Tiempo Legend IV, respectively.

Could this mean that if his proposed move to Manchester United goes through, Sneijder could become the new leading light for the' Nike T90 Laser IV in the UK as well as continental Europe? We’ll soon find out!

As for what the photos tell us about these unreleased football boots, there’s certainly more to this batch than the previous set of photos. 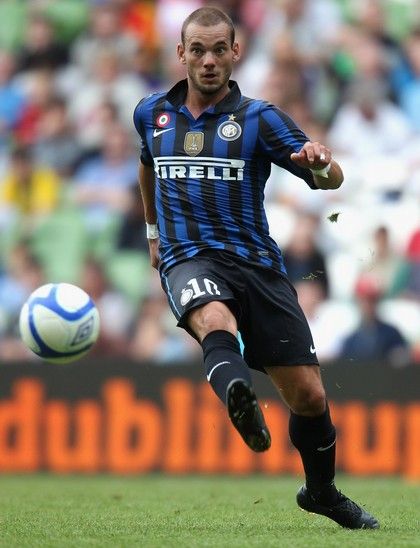 Playing against Celtic in the Dublin Super Cup this past weekend, Sneijder showed off the new Sole and forefoot of the' Nike T90 Laser IV to the cameras, giving us a better idea of what Nike are going for with this release.

The sole – for instance – looks to have a slightly-narrower footprint than the notoriously-wide T90 Laser III, with the stud configuration having more in common with the Predator_X than with any of it’s predecessors.

This great show gives us a look at the low-profile ankle of Nike’s new football boots, which – as well as reducing weight – is likely to offer a slightly different fit to the Laser III.

It also shows us the surprisingly aggressive look of the shot-shield on the Nike T90 Laser IV. Seemingly doing away with the dimpled fins and silicon pods of the current T90’s, Nike’s new football boots look to have two channels of rubber ‘slats’ that run from the toe almost to the heel – which will surely offer incredible contact on the ball as well as an interesting design aesthetic for these soccer cleats.

Do you think Nike are on for a hit with the new Nike T90 Laser IV?

Thanks again to DDChile for the awesome spots!