SKLZ make a handy sized 5′ by 3′ foot goal, ideal for an impromptu game up the park, or to pop up in the garden when you fancy a game.

Problem is, often these little goals are fiddly to put together and barely stand up to side foot pass. Time for Footy Boots to put the SKLZ Quickster Superlite Goal to the test… 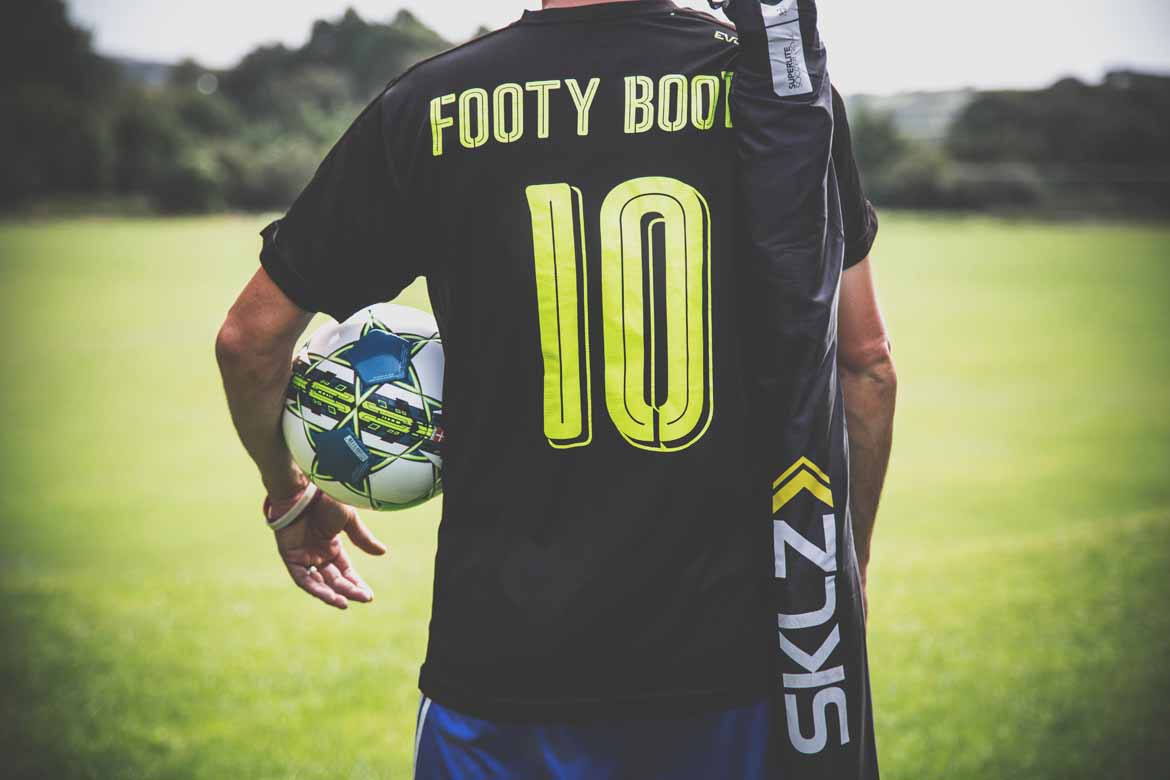 When SKLZ said they had a mini football goal that comes in a bag, but could be fixed up in less that 30 seconds, we had our doubts. To put it to the test Scott was elected to try the goal out and if Scott could pop the goal up in less than thirty seconds, anyone could….

This is how SKLZ describe their lightweight, pop up goal:

Featuring ultra-fast setup and authentic white crossbar and posts, the Quickster Superlite is the game’s most portable goal.

As a football coach I spend plenty of time putting equipment together. I train children every day, so I like to think I know a thing or two about football equipment.

As you can see in the photo’s this goal is packed in a small bag that you can carry over your shoulder. It’s not particularly heavy and could be carried comfortably by most 10 year olds.

The video shows how easy it is to put this goal together. After one practice run I was comfortably getting this goal up within 30 seconds. It really is a matter of unfolding two arms, and then straightening it up – simple.

Breaking the goal down is just as simple, only in reverse. 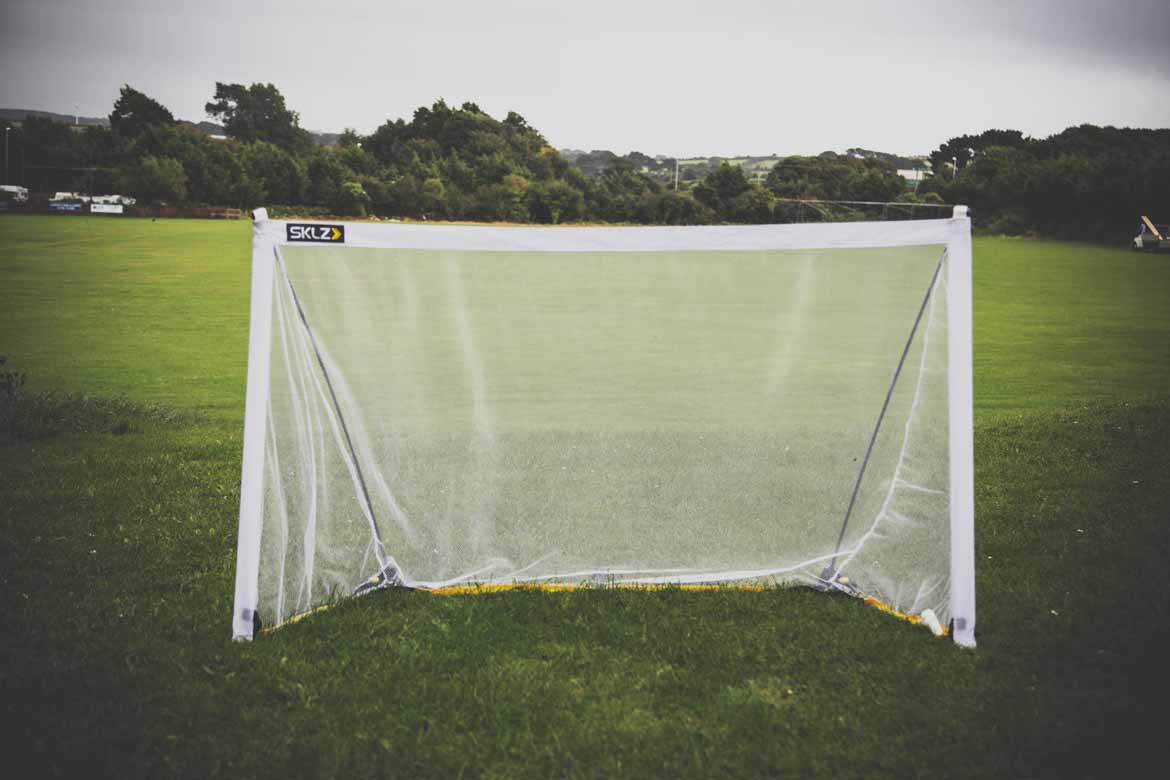 So in terms of the SKLZ claim that this is ultra fast setup, I agree, but would also add that it’s also ultra simple.

Once the goal is fixed up, the next test was how well it stayed in place. There’s nothing worse than a goal that moves when the ball goes in the net, or, as I have witnessed before, when the wind blows hard. 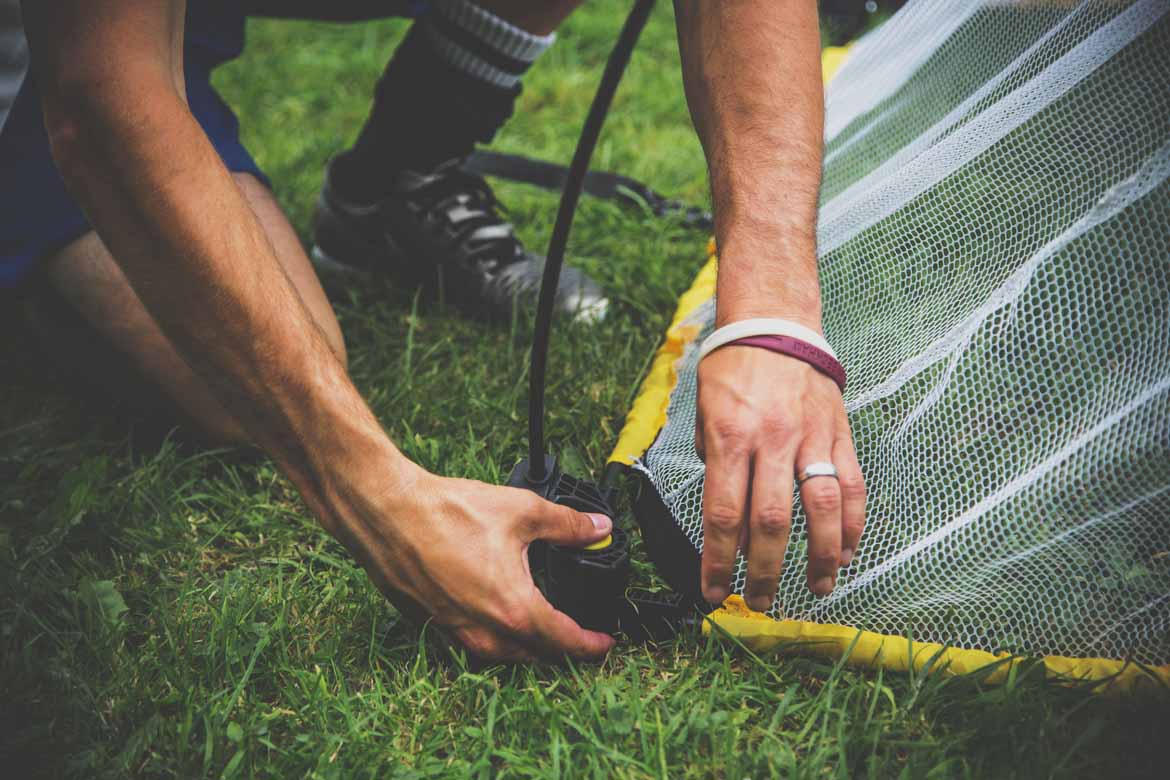 Being ‘Superlite’, I didn’t expect the goal to stand up to much ball pressure, but on testing it actually does better than you would think.

The goal comes with stakes that you can stick in the ground to help keep it in position, but even without these, when I hit the ball into the net at reasonable force the goal caught the ball with a wobble, but didn’t move much. This is due to the positioning of the support bars which are flexible and when the support stakes are stuck in the ground the goal stands up really well to reasonable force at close range. 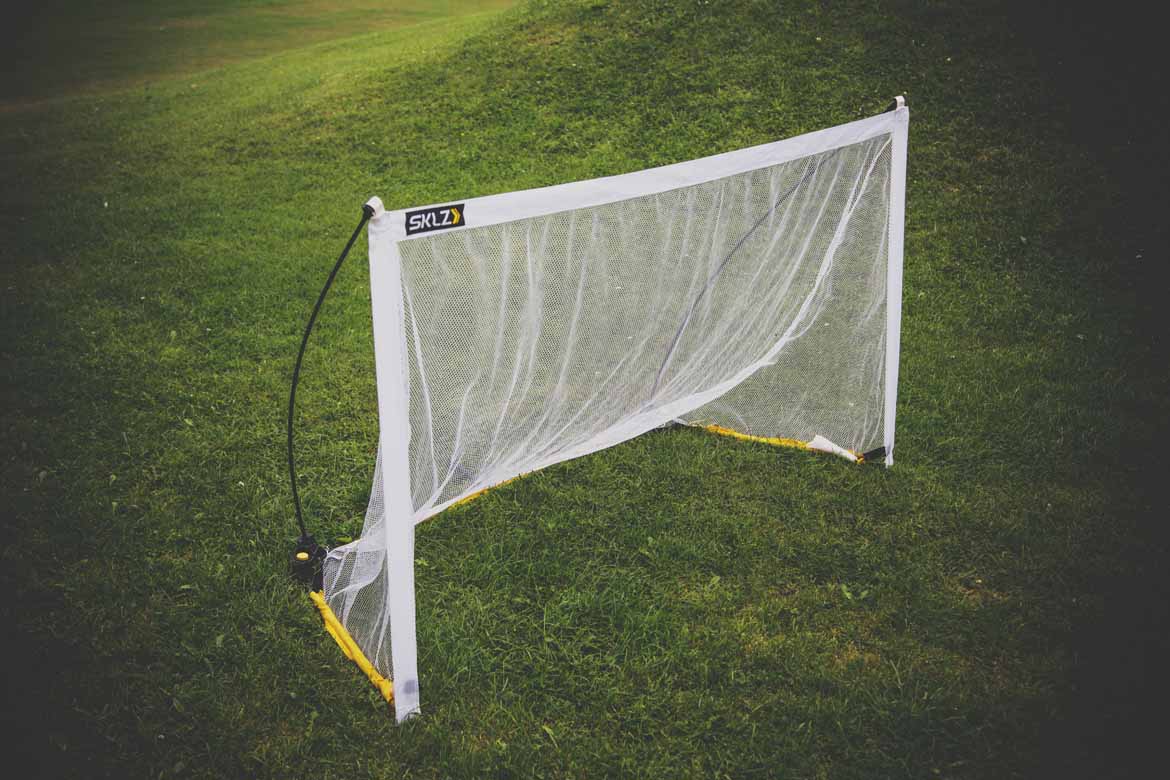 This is by far the quickest goal I have ever erected, but more importantly it’s also the easiest.

The goal really surprised me with how well it stands up to balls being shot at it though. As it is so light, I expected the goal to move around a lot, but it doesn’t.

This goal would work perfectly well with my football coaching for children, but would also be ideal for anyone that needs a portable goal that they can knock up in a few seconds.