When it comes to bringing you close to top-level players and coaches with interviews and features, we like to think that here at Footy-Boots.com, we’re second to none. 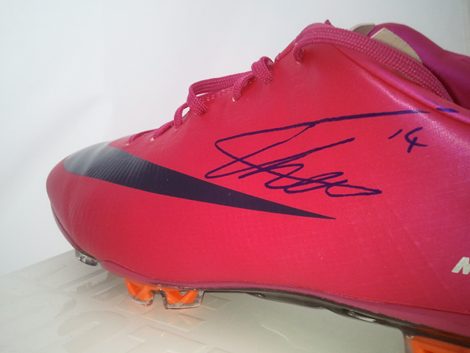 But after our recent chat with Arsenal & England winger Theo Walcott at the launch of the Superfly III, we thought we’d try bring you even closer by offering up some serious swag signed by the Superfly star!

Up for grabs is a pair of Voltage Cherry Superfly II football boots not only signed by Theo himself, but also worn and fitted to the speedster’s feet at NikeTown London!

How do you get the chance to win this spectacular prize? All we’re asking for is one simple photo! 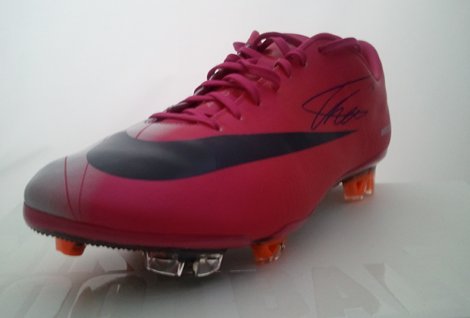 As the tagline for the Superfly has always been ‘Be Fast, Be Seen’, we want you to send us in a picture of your football boots getting seen in the most unusual/funniest/downright awesome manner you can dream up!

Whether you’re at the beach, walking your dog, out in town or simply doing the business on the pitch – we want you to get a photo of someone or something wearing your football boots.

There’s no real rules, we just want you to go out there and ‘Shoot Your Boots’!

We’ll be posting the best entries on Facebook and Twitter throughout the month of April, offering the chance to get your photo seen by thousands of football boots-fanatics and win you adoration and unbridled respect. Maybe. 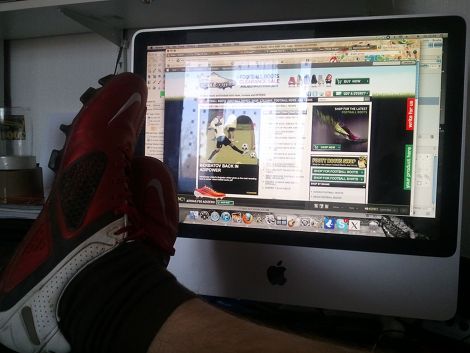 Maybe you could put your feet up whilst reading your favourite website?

We’ll pick a winner on Monday May 2nd 2011, based on inventiveness, humour and quality of your photo and we’ll let the winner know by featuring their photo in a post right here on Footy-Boots.com!

So, what are you waiting for?

Get out there with a Camera and your Cleats and go ‘Shoot Your Boots’!