After shocking the football boots-watching world by stepping out to training in a pair of adidas adiPure IV‘s, Argentina’s Sergio Aguero continues to fuel speculation over his future with Nike after trialling his new cleats in a friendly with Albania. 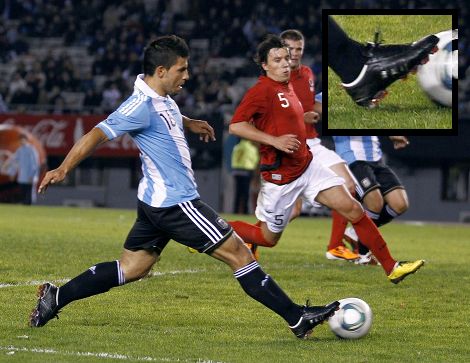 The pacy forward started on the bench as Messi lead the charge for Argentina in the friendly with Albania, but lit up the second half by scoring from a tight angle after rounding the Albanian keeper and unselfishly setting up fellow substitute Carlos Tevez.

Putting in such a fine performance is going to get a player his fair share of attention, but we were focused on ‘Kun’s cleats when he appeared from the bench in what were presumably the same blacked-out adiPure IV‘s we saw him train in over the weekend. 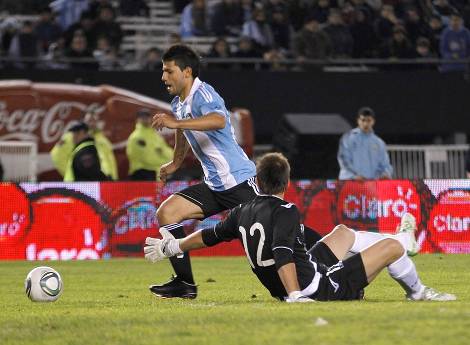 It will be exceptionally interesting to see how this story plays out over the next week or so, as it’s likely Aguero will delay any negotiations so he can play in the Copa America free of distractions this summer.

However, with Argentina being the host nation and potential winners, Nike will definitely be desperate to have a key player like Aguero wearing their latest football boots.

On the bright side for Nike, Carlos Tevez put in a bustling 45 minute performance for the Albiceleste last night, electrifying the crowd and proving his worth in Argentina’s new 4-3-3 formation. 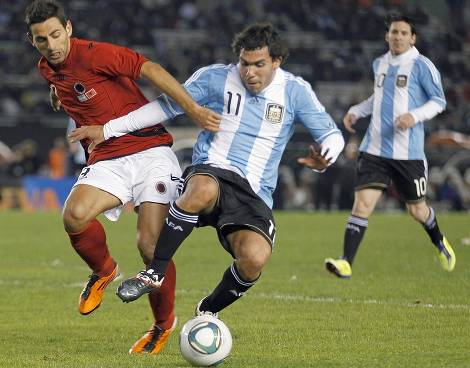 But most importantly, he did it wearing the new Black/White/Challenge Red CTR360 II‘s!

Tevez has been notoriously fickle over switching from CTR360 I’s; but after such a great performance last night, we think he might well have come around to the new generation of Nike’s revolutionary ‘Control’ football boots!

Written By
Ramsay
More from Ramsay
Check out the new Celtic away shirt, inspired by the 1967 European...
Read More