Enter – a living legend. Enter – one of the finest and most popular goalkeeper gloves ever created or even conceived of. A glove that should be in an art gallery. Enter, ladies and gentlemen – the Selsport Wrappa Classic.

OK, a slightly exaggerated intro, maybe. But actually not out of place with the common standard of goalkeeper brand jargon and outrageous claims. This week we noticed one of our favourites in Selsport’s description of the Wrappa Classic: “Index finger branding – provides peace of mind in your gloves, allowing you to concentrate and maximise your individual goalkeeping performance. 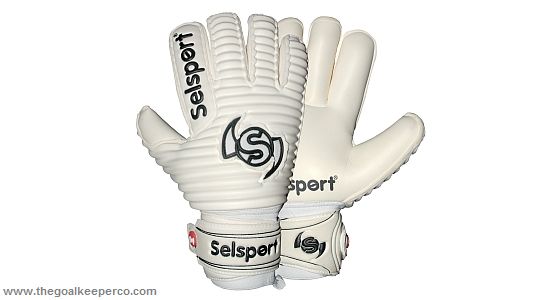 But even if the use of the word Selsport on the index finger isn’t quite that good an invention, in the case of the Wrappa Classic thousands upon thousands of keepers will attest to the fact that it really is an outstanding glove that all dedicated goalkeepers should wake each day and thank the heavens for. So, a quick look at one of the longest running goalkeeper gloves in recent history – 10 years and still going strong.

History: just reminding ourselves from Selsport’s (excellent) new website, the Selsport Wrappa was launched in 1998, at the inception of the Selsport brand. Obviously not then yet a “Classic”, the Wrappa won quick praise and attention, and has since become a genuinely iconic goalkeeper glove model, thanks to a few essential pioneering features.

Maybe the most visually distinctive of them, the “exclusive 2mm ‘impact’ low profile grooved latex” used for the backhand exterior of the glove, in natural white, provided the distinctive appearance of the Wrappa Classic gloves.

In fact, the design as a whole could claim to be one of the most copied goalkeeper glove designs of all time, with noticeably similar designs later emerging from a variety of other brands. Selsport’s response to this was good-spirited: “When you innovate, you get copied – we’re flattered”. 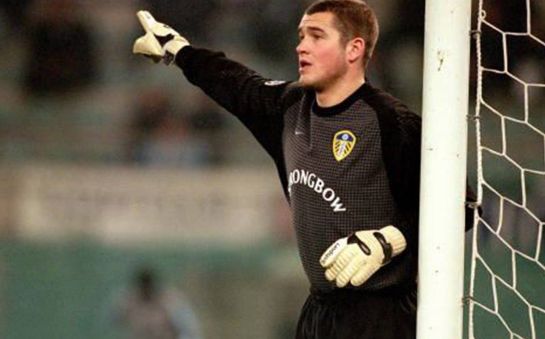 Paul Robinson while at Leeds in one of the first versions of the Selsport Wrappa. 1st choice keeper at the time, Nigel Martyn, was also a long standing Selsport keeper.

The Wrappa Classic glove has obviously evolved since launch, incorporating new technological developments. For instance, the 2008 version saw the addition of ‘Storm Guard’ fabric – “a dynamic ‘smart fabric’ which has been created to defeat the world’s harshest conditions”.

The ‘Tri Lock’ latex wrist strap too – which Selsport believes is the most technically advanced wrist strap in today’s market, with Selsport’s 3-point wrist closure support system – has been a clear improvement on the model since 1998. Yet in many ways the Wrappa Classic remains faithful to the same features that created its success and that have made it such a popular glove.

On the back of the popularity of the early Selsport Wrappa models, a wider Wrappa range evolved, and this season the Wrappa “family” includes the Wrappa Aqua (first released with blue latex foam in 2002), the Wrappa Negative Surround, the all-white Wrappa Phantom and the Wrappa Protect finger protection goalkeeper glove models. 10 years and still counting, and now part of a family – here’s to the next 10.

Written By
Felipe
More from Felipe
The Football Association has charged Manchester City midfielder Joey Barton after he...
Read More