Not many people have heard of the Gulf Cup of Nations. Well, not in the English speaking world it seems anyway. A quick Google search doesn’t help much, and for an event that has been described as “the World Cup of the Middle East with huge crowds”, it’s quite an amazing thing that it has pretty much stayed off the radar of English speaking football fans.

But the Gulf Cup is a big deal. January 2009 will see Oman host the 19th Gulf Cup, as (ahem, according to Wikipedia) 8 of the Arab countries from around the Persian Gulf compete for the trophy currently held by the United Arab Emirates.

After struggling a little bit with the official tournament website in Arabic (OK, for about 3 seconds), we resigned ourselves to the fact that for the meantime at least this great event in the pantheon of world football will remain slightly obscure and mysterious for us. A few quick facts? Well, we don’t have many, so here are what we’ve got (thank you again Wikipedia).

Nations competing: Bahrain, Iraq, Kuwait, Oman, Qatar, Saudi Arabia, U.A.E., Yemen. Nation to have won the cup the most times: Kuwait (9 times). Current holders: United Arab Emirates (after a 1-0 win over Oman in 2007). Er, we can string a few more out but that’s about the best of them…

So why are we bothering you with this under-informed introduction? Well, in spite of our and the generally widespread ignorance about the Gulf Cup, it seems that Sells Goalkeeper Products may have caught others napping, with Sells now gaining so much popularity in the region that 4 goalkeepers of the 8 competing nations will be turning out in January’s tournament in Sells goalkeeper gloves. 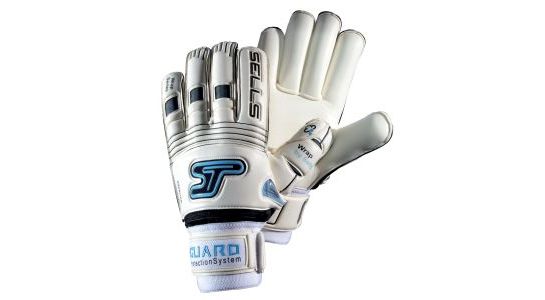 Some people will be surprised to see Bolton’s Ali Al Habsi on that list. Al Habsi has worn Sells gloves in his last 4 internationals, but does not wear them in the English Premier League. It is reported that Sells hope to have him on board in future, alongside their other top keepers wearing Sells in the EPL.

Perhaps unsurprisingly, each of the Sells keepers has opted for the “classic” Sells Adhesion Ultra Aqua glove, with the exception of Saudi Arabia’s Mabrouk Zaid, who wears the Sells Wrap Aqua Guard. Zaid has big gloves to fill – Saudi Arabia already has considerable goalkeeping pedigree, in addition to the newfound esteem of having its keeper in Sells gloves. Mohamed Al-Deayea, who played for Saudi Arabia until 2006 (and who was reportedly almost signed by Manchester United to replace Fabien Barthez in 2001), holds the record for the most capped international player ever – at 181 caps to date.

So in this January’s 2009 tournament, this time we’ll be watching closely. Well, as closely as we can without any media coverage. Nonetheless, this year’s tournament may well end with the image of a goalkeeper lifting the Gulf Cup in Sells goalkeeper gloves – you’ll hear it here first!

Written By
Felipe
More from Felipe
The adiZero is back with it's first proper re-incarnation since it's launch,...
Read More