Lego, bacon, Carlsberg (probably): the world would certainly be a worse place without the creations of Denmark.

That list of three slightly unglamorous exports – the first things we could think of as we asked ourselves what we knew about the Danes – sadly probably reveals more about our intellectual shortcomings than about the achievements of the Danes.

Nonetheless, for all our ignorance, one thing we do know is that in the football world, alongside tidy passing football and the Laudrup brothers, Denmark is rightly associated with great goalkeeping. 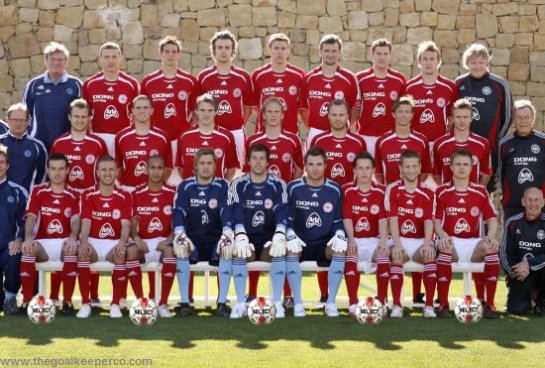 The Danish national team, proudly lining up with SELECT footballs.

Probably, a lot of this is attributable to one goalkeeper in particular, the inimitable Peter Boleslaw Schmeichel – the original ‘Great Dane’ – who is one of a very small number of people impressive enough to be able to carry off that middle name.

Not enough people today remember how good Schmeichel was: in one of the early seasons of his career in the Danish top flight, for example, Schmeichel helped his side to the 6th best defensive record in the league – only to see his side relegated from the division anyway!

But in Denmark, goalkeeping is by no means a subject on which Big Pete has had the last word. And with Denmark’s SELECT brand, hugely popular in Denmark and successful across continental Europe, particularly as a producer of goalkeeper gloves and footballs, the tradition of Danish goalkeeping continues in full force. 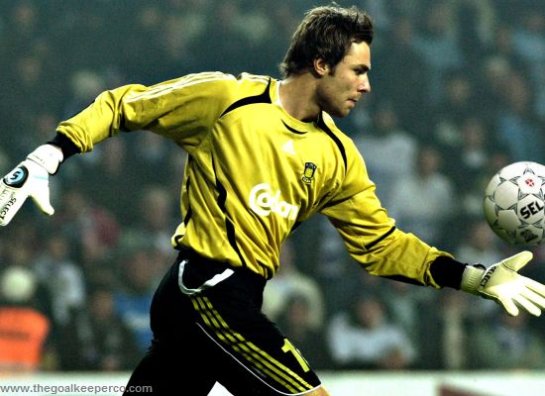 Content on their separated island, many people in the UK won’t have encountered SELECT before. So in this article, we take a summary look at SELECT, and see why it is one of Denmark’s biggest and most successful football brands.

As befits a great goalkeeping brand, SELECT was founded by a goalkeeper, and not only any goalkeeper. Eigil Nielsen, once the star goalkeeper for the Danish national football team, created the company way back in 1947. According to SELECT, under Nielsen’s guidance it pioneered many of the inventions in the football industry, including the first lace-free ball and 32-panel ball. And SELECT has grown hugely, now selling more than 2.0 million balls a year around the world and still growing. 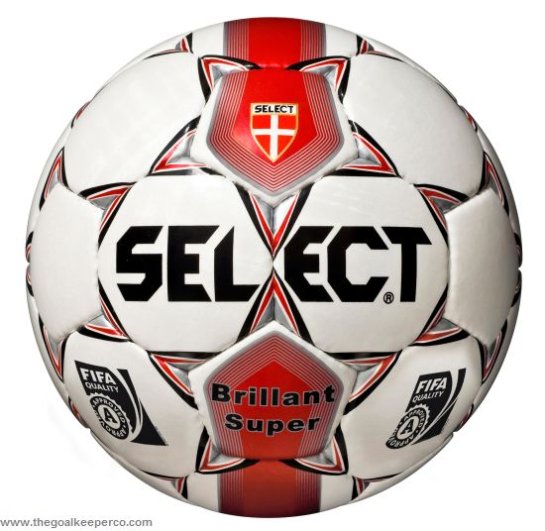 SELECT is known for quality, and really seems to pride itself on a commitment to producing top performance high end products. See its public statements on its footballs, for example: “We offer the best warranties in the industry. A 3-year warranty for stitching and shape for our Pro series balls and a 2-year warranty for our Club series balls.”

In goalkeeping, SELECT’s goalkeeper glove range for the 2008-2009 season features five key adult models, and two junior models, and we’ll be looking at them in more detail in future weeks. SELECT has endorsements at the highest level, recently well profiled by Karim Zaza for AaB in their Champions League group game against Manchester United. Zaza wore the top of the range SELECT 88 goalkeeper gloves. 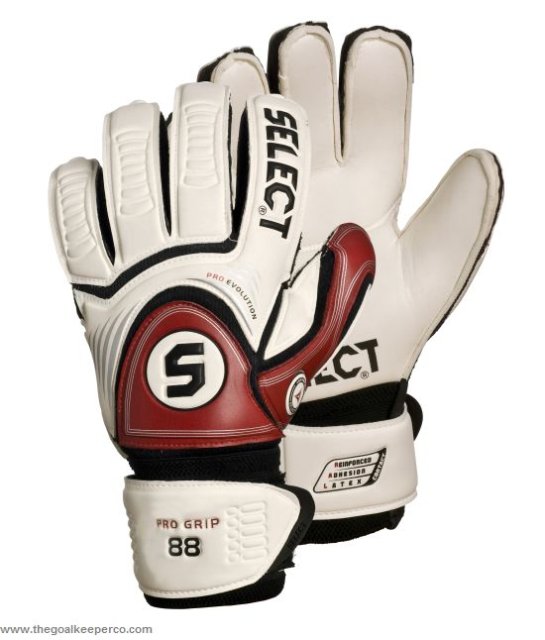 SELECT also have Danish international and Brondby keeper Stephan Andersen as a proud endorsee of the goalkeeper gloves, as well as Rune Pedersen of Lyngby, Jesper Hansen of FC Nordsjolland and Steffen Rasmussen of AGF -all keepers playing in the Danish Superliga.

While perhaps not matching Nike, Adidas and co. on pure popularity stakes, SELECT continues to focus on the quality of its products, and keeps a large number of loyal followers for that very reason.

Now available in the UK for the first time, SELECT goalkeeper gloves and equipment should attract the attention of keepers looking for performance and quality, and are produced with an obvious disregard for bling. We’ll look in more detail at the SELECT gloves over future weeks – you’ll hear it here first.