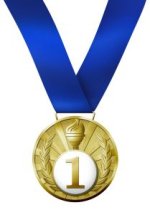 The Scottish FA have confirmed their stance against entering a GB football team at the 2012 Olympic games, despite the idea appearing to gain favour in the highest office.

The Scots fear that their national identity as a single playing nation might be in danger if they go along with the plan. Their views are also shared by Wales and Northern Ireland

Speaking to the BBC, SFA president George Peat said: “Some people are encouraging it, including the prime minister.

“But I can tell you there is no intention whatsoever of us becoming part of team Great Britain.

“We made up our mind from day one that we didn’t want any part of it and we will resist for as long as I’m here.”

The Football Association want a team at London 2012 even if it does not have the backing of the other home nations and Fifa president Sepp Blatter has said he would have no problem if such a team consisted of 11 England players.

However, that cuts no ice with Peat who said; “What people have to remember is that Sepp Blatter is unlikely to be in the position he is in by the time 2012 comes round.

“And, at the end of the day, Sepp Blatter doesn’t make the decisions, they are made by the Fifa executive board, and that could be completely different by the time it comes round.”

Written By
Felipe
More from Felipe
Italian World Cup winner Francesco Totti has made a swift return from...
Read More