adidas have been in fine form when it comes to their kit offerings since signing up Scotland in 2010, and they look to have kept up that hot-streak with the new Scotland Away Shirt 2012 – 13. 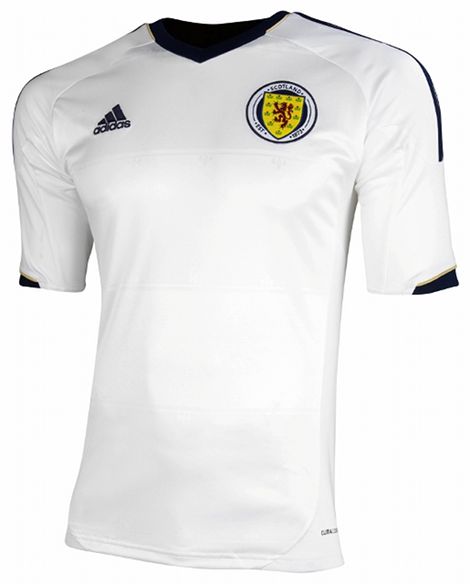 Whilst the Tartan Army might not be going to Poland & Ukraine 2012, adidas are making sure they start their qualification for the 2014 Brazil World Cup in style with this fresh new Scotland Away Shirt 2012 – 13.

The crest pays homage to the round badge used on the 1974 shirt worn at the World Cup in West Germany. 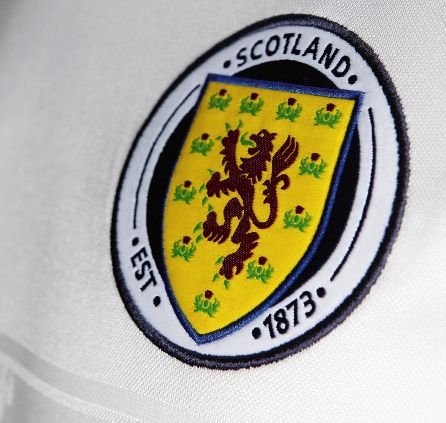 This variation (as seen on the recently released new home kit) of an iconic emblem of Scottish folklore features a woven badge with the embroidery applied with satin stitching. It features the Royal Standard (aka the Lion Rampant of Scotland) and marks the founding of the Scottish FA in 1873.

The new white kit is subtly modernised with the reflective two tone use of the shadowed stripe and the incorporated Fleur de Lys that is repeated across the front panel. The hallmark adidas three stripes has been proudly retained and adds detail through the sleeve with the navy subtly incorporated into the white kit. 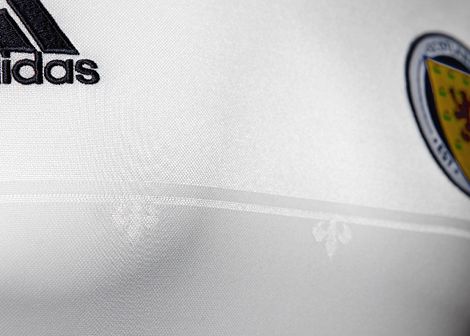 The V-neck collar is blocked with traditional navy with a subtle addition of yellow trim to add flair to the shirt.

Navy shorts, which incorporate ClimaCool technology, feature a tie chord and Scottish FA crest. The traditional colour rotation for the kit is completed with a two tone coloured sock, which comprises of the predominantly deep Scottish navy while featuring a white cuff detailed with the adidas 3-strips. 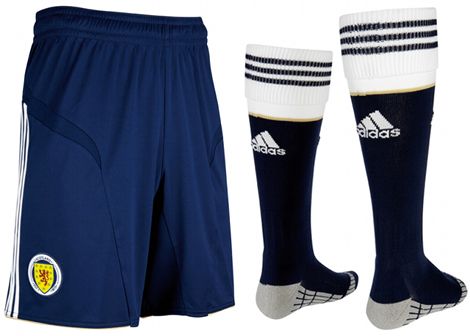 The socks feature the word ‘ALBA’ – the Gaelic word for Scotland – and a new construction features materials that add comfort to the foot-bed and provide Achilles support.

The kit will go on sale on Friday 24th February 2012, but can be pre-ordered on the Footy-Boots.com store from today, with a full debut handed to the kit when Scotland face Slovenia on February 29th.

Thanks to Danny Xavi for hitting us up on our Facebook page with this one!

Written By
Ramsay
More from Ramsay
Nike recycle hundreds of their classic ads to help promote their new...
Read More