This week adidas officially launched the new Scotland Away Kit 2010-2011. 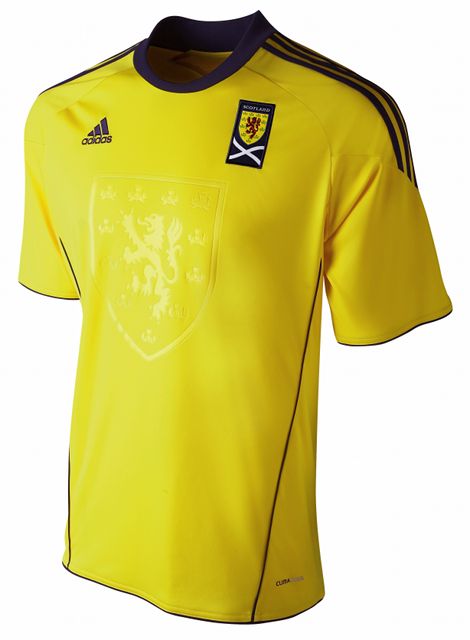 Utilising the same classy watermark as the Scotland Home Kit 2010-2011, the away shirt uses a similar template to marry a bright yellow main colour, with the traditional St Andrew’s Navy Blue.

adidas recently confirmed their commitment to Scottish football by becoming the official sponsor and sportswear supplier for the Scottish FA. The partnership has already spawned a hugely successful launch of the new home kit and the new sun-coloured jersey will be worn in Stockholm next month in the International Challenge Match against Sweden, a nation famed for its own yellow kit. 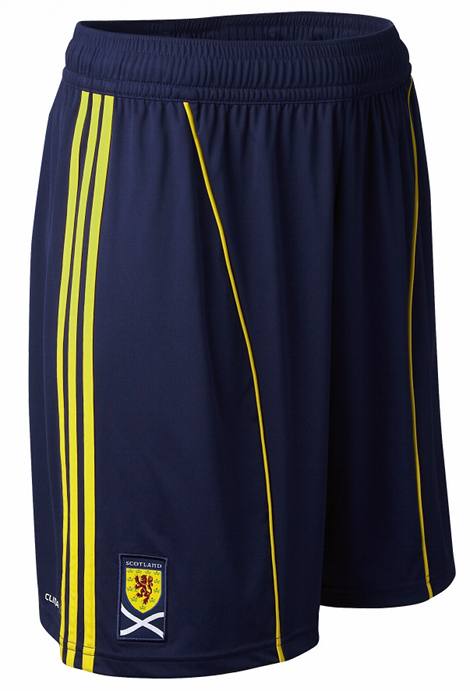 This probably means that we can expect Sweden & Umbro to launch a new away kit in time for this game as well!

The new bespoke adidas kit, which has been designed utitlising the most up to date performance technology, will be the official away kit throughout Scotland’s UEFA Euro 2012 qualification campaign and will be worn at every level of international competition both in the men˘ and women˘ game. 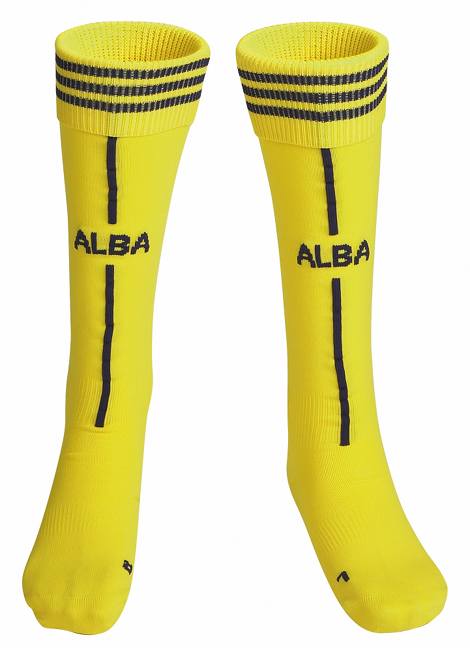 Craig Levein, Scotland national team coach: ”The squad were very impressed with the adidas Scotland Home Kit 2010-2011 we wore for the first time against the Czech Republic and I am sure that they will feel similarly about the new Scotland Away Kit 2010-2011. There is something about the adidas brand that makes players feel that little bit more special when they take to the field and we hope that we can continue our winning ways in the new kit against Sweden next month.”

Robin Money, Head of Sports Marketing at adidas, said; ”After the success of the new adidas home kit we are sure supporters will be delighted with the new away kit, which fuses modern design and technology with a traditional twist.”

George Peat, Scottish FA Acting Chief Executive: ”Since this style of jersey last featured during a period when we qualified for major championship finals, I am hoping that this new adidas away kit is a good omen ahead of our Euro 2012 qualification campaign.”

Interestingly, adidas have confirmed that the Scotland Away Kit 2010-2011 will be available in a TechFit version – as soon as an image is available, we’ll give you an update!