Germany and Bayern Munich’s Bastien Schweinsteiger sure is a favourite with adidas when it comes to testing new football boots! 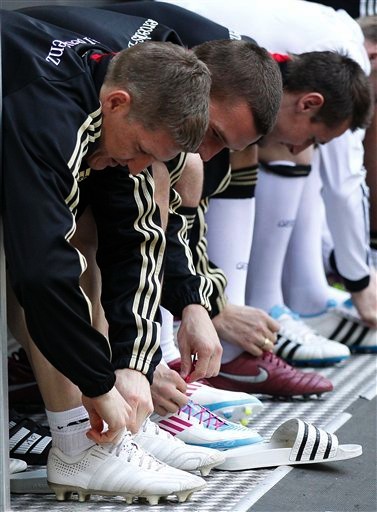 Over the past 6 months we’ve seen the Bayern vice-captain teasting out both the adiPure IV and adiPure SL well before their release dates, and it seems that the Kolbermoor-native is once again playing guinea pig to adidas’ latest football boots.

Seen here in a white-out colourway, we can definitely make-out some of the features that would charaterise this new release, and rule it out as being any of the current models in adidas’ range. 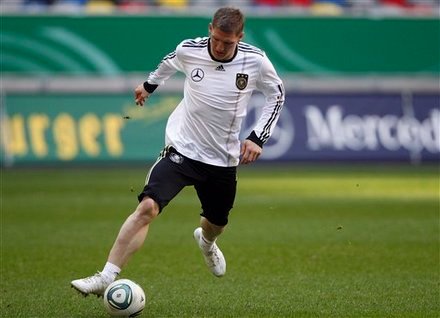 First of all, the stitching around the inside and outside of the toes is completely different from the new ‘squared-off’ style of the new adiPure IV and adiPure SL, and the instep lacks the characteristics of the soon-to-be-released adidas adiPower Predator. 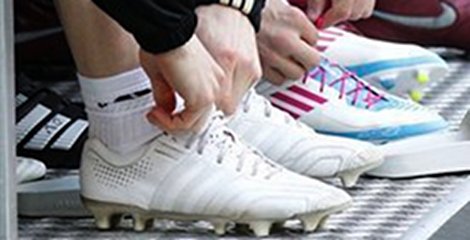 One of the most interesting-looking aspects of these unknown adidas football boots is the soleplate. From what we can tell, it’s a single-piece outsole like the adiZero’s Sprintframe, complete with two smaller studs under the arch of the foot for improved lateral stability, whereas the rest of the studs look like a hybrid of an FG blade and moulded stud.

If we were to hazard a guess, we’d have to say that these might well be the new adiPure V in their very first prototype, but we couldn’t say for sure!

Let us know what you think they could be in the comments below!