Samir Nasri has had a season nothing short of outstanding, fulfilling the flashes of promise seen last year – the 23 year old has bagged 14 goals and created 4 more since the end of a disappointing Summer. 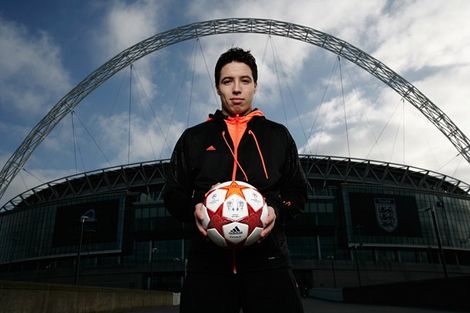 Nasri’s unpredictable acceleration, nimble feet and eye for goal have turned him not only into a thorn in the sides of defences all across Europe, but an embodiment of adidas F50 series – as he has seemingly evolved along with adidas’ revolutionary football boots.

After adopting the very first Tunit for his first team debut with Marseilles, despite being only 23, Samir Nasri has been playing the F50 series as long as anyone else – making him the ideal candidate to talk about adidas’ latest football boots.

“I˘€žËm really happyÄ‚Ĺ»'»'ĹĽ about the progress they made because they listen to the players. From what we said in the past, they were able to make changes and today the F50 adiZero Prime is really good!”

“Today they are lighter, and there is more feeling with the ball and you also feeling of lightness in when you run” 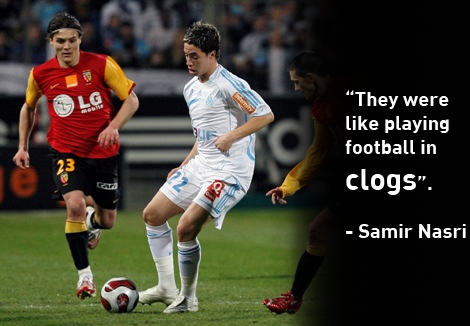 But how necessary are the right pair of football boots to a player? So many people say it’s a case of the player and not the boots – but Nasri thinks it’s not as black and white as that:

“Of course it depends on the level of skill of the playerÄ‚Ĺ»'»'ĹĽ but it really makes a difference especially here in England where the pitches are wet, the weight of the shoes are not necessarily the same because of mud and water.”

2010 was a huge year for Nasri, having started the season brightly for Arsenal he was named France Football magazine’s French player of the year it’s not hard to chart the France International’s progress – what we want to know is how Nasri has found his football boots improvements lately? 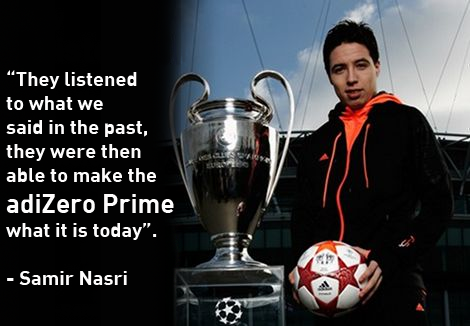 “Honestly, there has so much improvement [recently] and there is a big difference between the adiZero Prime compared to the older versions or the ones 2 years ago” Nasri said, before adding'  “Those from 2 years ago were like clogs!”

Clearly the Marseilles native is feeling the benefits of the adiZero Prime compared to the F50i!

Finally, as is becoming all Footy-Boots.com interviews – we want to know if Samir has any customisation on his football boots – “Just the French flag, my nickname and the number 8”