Salomon Kalou finished last season with a bang at Chelsea – securing League & Cup glory with the Blues, and helping himself to a vital hat-trick at the business end of the season! Fresh from his World Cup with the Ivory Coast, Footy-Boots.com got the chance to talk to him about playing in the new adidas F50 adiZero 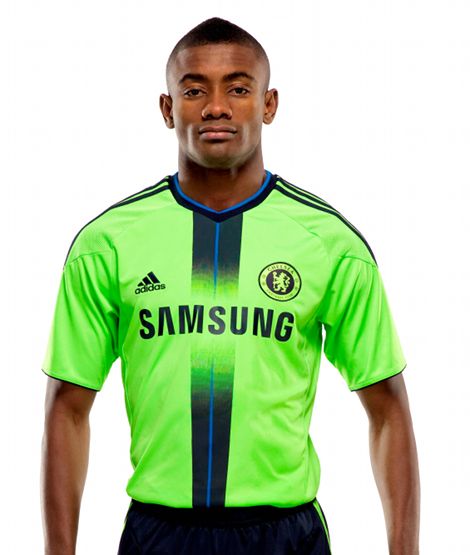 
You’ve worn Adidas football boots for a long time – what makes the new ones the best yet?

They’re very light and very comfortable! I think that every player that wears them will like these two things the most about these boots! I think they’re also very soft on the ball – the touch when running with the ball is also good.

So you think that speed is very important in the modern game?

I think that it is important, because when you are running with the ball and without, if you can outrun your opponent then you feel more confident – and also your opponent is less confident.

Why do you think f50 football boots are the right boots for your style of play, as opposed to the Predator_X or adiPure?

Because I like to wear light boots. It might not be much difference but I think if you feel you can move quicker it gives you more confidence – and every player needs more of that! 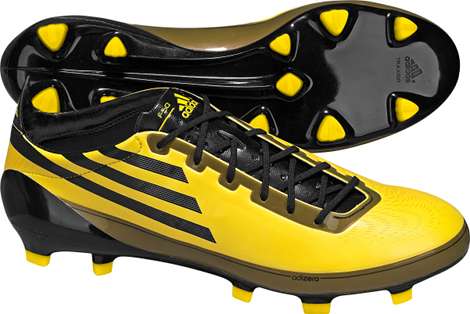 The adidas F50 adiZero is a very technically advanced boot – which is your favourite feature?

It would have to be the lightness again – but they are also very, very comfortable.

What does the boot feel like to play in?

As well as being light, it also makes you feel very good on the ball. When it’s on your foot there is nothing between you and the ball it’s so comfortable!

They are also very flexible, which is important for me because in a full game, you can do more running.

How was the World Cup?

The World Cup was an amazing experience. It was my first World Cup and the fact it was in Africa made it even more special. I was honoured to play for my country and score a goal for them in the World Cup was a great moment in my career.

We were all disappointed that we didn˘€žËt manage to get out of our group but I think the tournament as a whole was a great success and the whole of Africa should be proud.

After an amazing season last year with Chelsea how much are you looking forward to the Premiership this year?

Last season was a great year for us. Winning the Premier League and the FA Cup was the first time we have achieved that as a club and we want to try and repeat that again this season. The Champions League is also a massive competition and one that we are determined to be a big part of this season.

What advice can you give to younger footballers who want to be professionals?

Salomon Kalou wears the adidas F50 adiZero in sun yellow Ĺ› the fastest boot thanks to its super-light 165-gram weight and the top scoring boots at the World Cup. Visit www.facebook.com/adidasfootball for exclusive content.