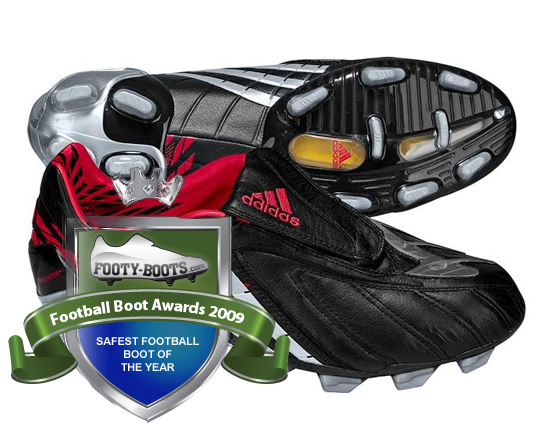 The Predator PowerSwerve is the 9th version in the hugely popular Predator range.

It was way back in 1994 when the first Predator was introduced to the market.

Voted the safest football boot of 2009, the ninth generation Predator was designed to add more power and more swerve to your game.

'  Thank you Footy Boots, we take safety within all our products very seriously and since 1994 we have worked hard to combine power, swerve and control to keep the Predator as the world’s most celebrated football boot.