Barely have we gotten used to the sight of the ‘regular’ Nike Mercurial Vapor VIII, when Nike go and pull something extra-special out of the bag for their bespoke boot-customisation service, Nike iD! 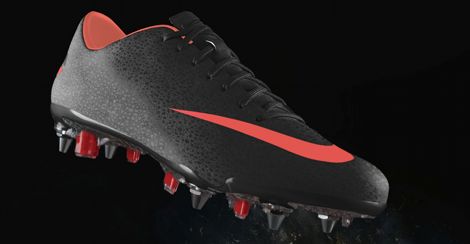 Reminding us of the first CR Superfly colourways, Nike have resurrected the Safari Print from Ronaldo’s classic Mercurials and given it a new lease of life on Nike iD!

As far as we’re aware, Nike have no plans on releasing a ‘regular’ colourway featuring the iconic Safari print, so the only way to get your hands on it (or indeed, your feet in it…) is if you create your own custom cleats on Nike iD.

The surprise for us was we thought we’d seen the last of the Safari print when Ronaldo switched to the Stripe-tacular CR7 Superfly III. All the same, we’re glad to see it return, as it does look exceptional – especially on a black or white boot! 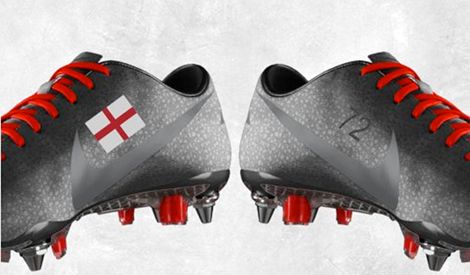 In addition to being able to coat your boots in Nike’s Safari print, Nike also have a number of other tweaks to the ‘standard’ Mercurial Vapor VIII to entice you in making a pair for yourself.

Similar to the adiZero’s system, a Nike ID Vapor VIII has the option of two sockliners; ‘Performance’ for a lighter, more responsive boot, or the ‘Comfort’ for a plusher ride. 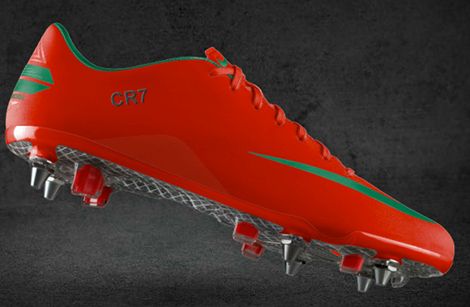 Take a guess who we made these for?

As with the retail model, these Vapors will have the choice of a bladed FG configuration or an SG-Pro hybrid soleplate, whilst you’re also free to choose customised embroidery, National flags and – of course – a number of colours to go on the upper, lining and laces.

If you want to check out the new Mercurial VIII iD, you can do so here!

What do you think to the Nike iD Mercurial Vapor VIII?