Despite not having released a boot in well over two years, Ryan Giggs was on hand to score in a Team GB inspired RG800 colourway against the UAE last night. 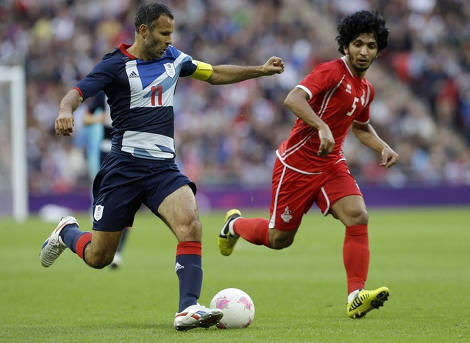 The Welsh Wizard rose to head home the opening goal as Team GB went on to win 3-1, and whilst Giggs and fellow countryman Bellamy both put in eye-catching displays, we were definitely pleased to see the new Reeboks on the midfielder’s feet.

Created in celebration of Ryan Giggs’ 800th game for Manchester United, the RG800 is distinctly retro, taking it’s inspiration from the Reebok Classic training shoes and presented here in White, Red and Blue  that inspiration has never looked clearer. 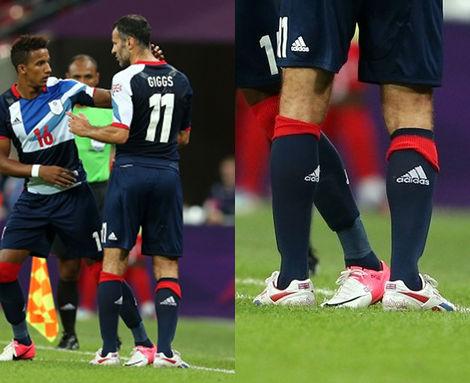 Giggs also boasted some customisation on his football boots, with the Union Flag on both heels to match the colouorway, as his initials underneath the Reebok logo.

Of course, the 38 year-old has now gone on to make over 900 appearances for the Red Devils and – despite flirtations with the Instante Pro II – Giggs’ traditionalist nature has shown through as he has returned to wearing the classic K-Leather, six-stud cleats for the Olympic Games. 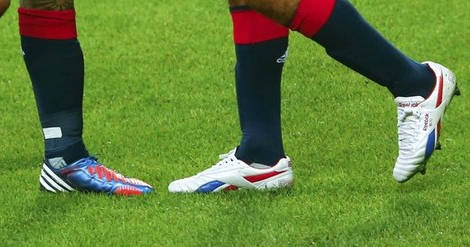 Interestingly, the RG800 and Instante Pro II were the last releases Reebok made public, in March and June 2010 respectively. Given that they haven’t released a boot in over 24 months, and Sir Alex Ferguson recently said Giggs can carry on playing at Old Trafford ‘until he’s 40’, we can’t help but wonder if Giggs will keep wearing the ‘vector’ of the Bolton brand until he retires.

Given Giggs’ rare status as a one-club, one-brand man we certainly hope Reebok will keep making one-off boots for their last remaining endorsee – but we can’t help but wonder whether Reebok’s parent company adidas or Manchester United sponsor Nike might step in should Reebok decide to leave the world of football boots completely…

Written By
Kyle Elliot
More from Kyle Elliot
The 'Boot with a Brain' can now have Beauty to match, as...
Read More