Ryan Giggs’ late free-kick sparked controversy on the touchline and could result in serious repercussions for Lille. 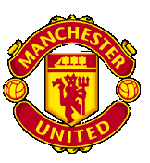 Manchester United claimed a priceless first leg Champions League lead at Lille. However the game will be overshadowed by the controversy that included the Lille coaching staff attempting to haul their players off the pitch before the game ended and disturbing crowd scenes, which included tear gas being fired at the Manchester United supporters.

Ryan Giggs fired Manchester United into a half way point lead in their Champions League tie against Lille.

Giggs, wearing Reebok Pro Rage football boots, hit an early free kick into the net on 83 minutes. The Lille defence were organising their wall, when Giggs curled in the free kick.

Fury
Following Giggs’ controversial goal, the Lille coaching staff attempted to haul their players off the pitch in protest. Several Lille players began walking towards the dugout after the restart, following the goal.

Embarassingly, the Lille players collected themselves together and resumed play.

Crowd Chaos
Of more concern was the chaos that took place in the stands. Lille stadium staff were slow to react to the volume of United fans funnelling into one section of the stadium.

Some United supporters were forced up against a fence, whilst others begged for an additional gate to be opened.

Several United supporters were concerned, no doubt fearing the worst like the Hillsborough disaster of 1989. French police appeared to respond as if there was a security concern by firing tear gas at the away fans.

Eventually order resumed, as did the game.

Ryan Giggs has been a long term partner of Reebok football boots.

Written By
Felipe
More from Felipe
Manchester United veteran wins top acolade for the first time in his...
Read More