Wayne Rooney was recently voted as the Nationwide England Player of the Year 2008, and to celebrate this award Umbro have created a unique image featuring Rooney walking the city streets accompanied by three proud lions. 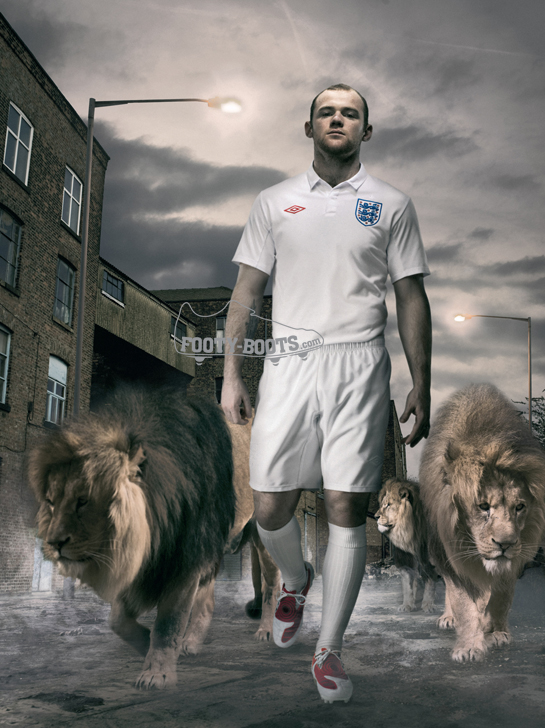 Rooney in the New England Kit

Rooney is the first forward to win the award, which is voted for by England fans on the Football Association’s official website, after playing in eight of England’s 10 games in 2008 and scoring five goals, all in competitive matches. Wayne now boasts a very respectable goal ratio approaching one in every two games for England.

Rooney won his 50th cap when England defeated Ukraine 2 – 1 in a World Cup Qualifier at Wembley last Wednesday. His skill, determination and dedication was roundly applauded by England fans as the team continued their impressive record in World Cup Qualifiers.

Rooney was wearing the Total 90 Laser II in the White Black Red colourway.

Written By
Felipe
More from Felipe
Didier Drogba insists that he and John Terry will play against Manchester...
Read More