After clocking Neymar and Danny Welbeck testing out and all-new Nike football boot early this month, it would seem the Swoosh are stepping up their latest round of testing as even more prototypes of this exciting upcoming release have been spotted in the wild.

This time, however, it’s two players who haven’t been seen wearing these prototypes before who have been snapped in this exciting-looking new silo from Nike. 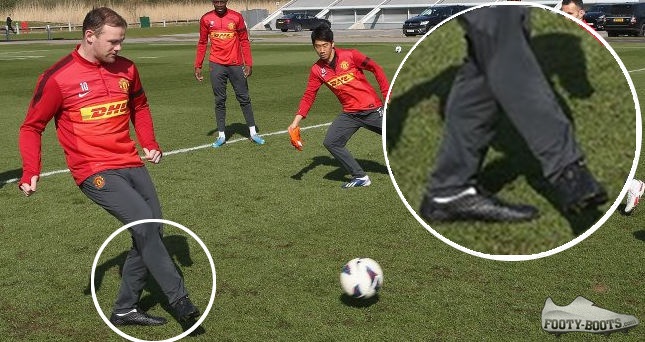 Following in the footsteps of their England striking colleague Danny Welbeck, it’s Wayne Rooney and Daniel Sturridge who have stepped into these blacked-out version of the latest Nike cleats.

And whilst this batch of prototypes as opaquely black as the ones we’ve seen on Neymar & Co., there’s certainly no mistaking the distinctive dimpled upper on this upcoming release 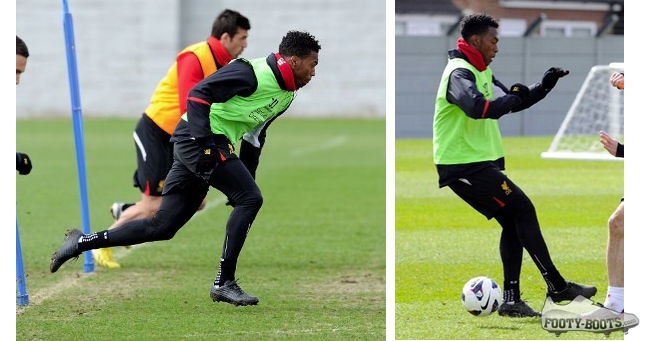 As well as their nationality, Rooney and Sturridge also share another thing in common – they’re both T90 Laser IV wearers. We’ve heard rumours already beginning to circulate that this new silo could be ousting the Laser from the Nike line-up, and given Nike seeking feedback from Rooney and Sturridge this could well be the case!

However, the fact that Neymar and Welbeck are Vapor wearers, there could be more to this story than meets the eye, with this latest Nike boot possibly tackling a slightly different angle to the traditional ‘power/accuracy’ ethos of the Laser series.

Speaking of Neymar, the Brazilian star has been back in his pair of prototypes this past week, giving us a great look at the soleplate on this new model.

It would seem Nike are going for something exceptionally unique with this new silo, with a figure-of-eight chassis supported by a four-stud heel.

Whilst early shots of this' upcoming' release seemed to show a three-stud system in the heel before, the more traditional four-stud version shown here employs low-profile conical studs, which could make them the perfect boot for players who value the full-foot support of boots like the Copa Mundial, but prefer a more modern aesthetic.

Either way, we’re sure to find out soon enough – having this amount of players testing their new footwear out can only mean Nike are nearing the final round of player feedback!

Big thanks to Ramzi S, Alex B and DDChile for sending in these great spots and images!

Written By
Kyle Elliot
More from Kyle Elliot
We take a stat-tacular look at Arsenal's Thomas Vermaelen ahead of their...
Read More