Italian Giants AS Roma have announced they are to terminate their kit deal with Kappa, citing ‘serious defects’ as the reason for cancellation. 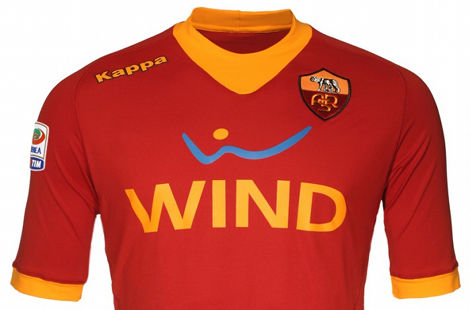 Roma announced via their official site that they were ending their agreement with Kappa’s owners Basic Italia, with immediate effect.

“In consideration of the serious defects found in the technical material and the line of clothing produced by BASIC ITALIA S.p.A. for the 2012/13 season, the A.S. Roma S.p.A. board of directors has decided to cancel the contract with the technical sponsor with immediate effect due to BASIC ITALIA’s non-performance of contractual obligations. The board of directors reserve the right to pursue A.S. Roma’s best interests through the appropriate channels.”

Rumours have already begun to swirl over a possible quick-fire deal being agreed with Warrior – whose deal with Liverpool is a Premier League record, and will take the reigns from Umbro at Sevilla at the start of next season.

Whilst the deal would give Warrior presence in (arguably) the top three leagues in Europe, we’d have to cast suspicion over the validity of Roma’s sudden dismissal of Kappa.

Kappa have long supplied AS Roma, and their deal was set to run through to 2016 – however, we’d speculate that the club’s new American owners might be looking to bring in someone of their own choosing – and high-spending fellow Americans Warrior might just be the perfect fit.

Either way, Kappa have begun court proceedings against AS Roma and will presumably be looking for Roma to, at least, buy out the remainder of the contract.

What do you think of the sudden loss of AS Roma for Kappa?