At the heart of one of the most iconic moments of the tournament so far, adidas hook us up with an interview with Netherlands striker Robin van Persie ahead of their potentially progress-securing match with Australia.

It’s four years since you lost the FIFA World Cup Final in 2010. How do you look back on that now?

The time has gone quickly! I’m not someone to focus on the past too much, I like to move forward, but of course, you look back and think ‘was that my only chance to win a World Cup final’?

It is the ultimate prize in the game, and we came so close. It hurt a lot to lose. It was painful for Dutch people. But we did ourselves proud to get to the final, and we lost to a very, very good Spain side.

We had every chance on the day, it was an incredibly close game, and we could have snatched victory towards the end. So you look back with frustration, pride, real mixed emotions.

Does going so close in 2010 make you believe that the Netherlands can do it this time around?

Of course. Football is like that, you find it in club football – maybe you go close to winning something before you can actually win it. Getting to the final is great experience for our side, we will have a lot of the same players, and it is invaluable experience.

Maybe if we got there again, we will know a little more about what surrounds a World Cup Final, the pressure, how you handle yourself. We believe we can have a very good run in Brazil. 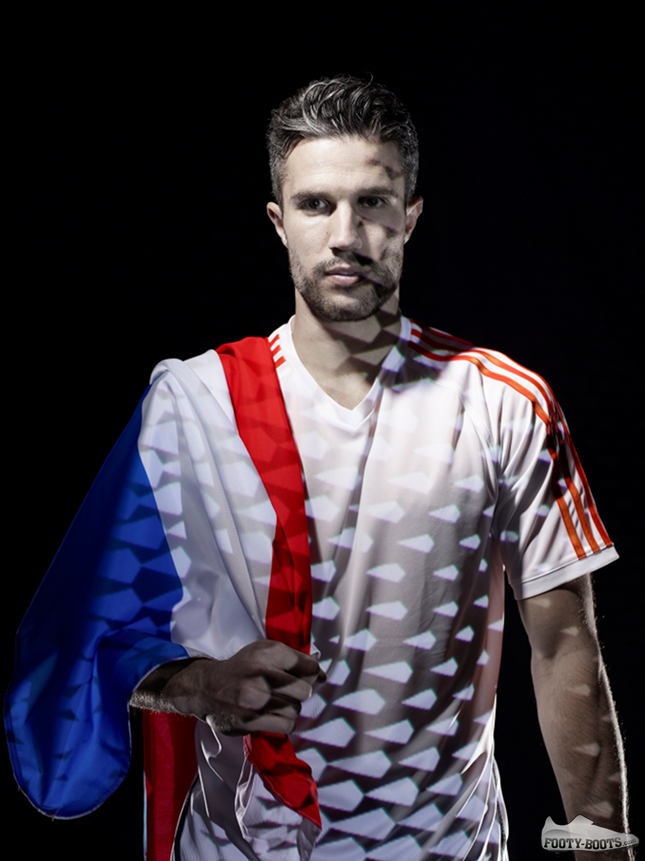 And you’ve been brilliant in qualifying, arguably the most impressive side in Europe over recent months…

It was a very good run of matches for us. Our coach Louis Van Gaal sticks to the traditions of Dutch football, he likes to see us play the right way, our midfield was flowing really well and we got a lot of goals.

We have some exciting players like Arjen Robben who are in their prime, and great youngsters like Stefan de Vrij coming through.

You’re now Holland’s all-time top goalscorer, how does that feel to go past some of the most highly regarded names in European football?

To get to 41 and go past Partick Kluivert was very special. And he was very nice to me about it afterwards too, so thanks for that, Patrick!

It’s amazing when I think about the players I grew up watching for Holland, and some of our past forwards – Dennis Bergkamp, Marco Van Basten, Ruud Van Nistelrooy, Johan Cruyff, Faas Wilkes. I’m honoured to be in that company.

Not that Chile, playing in their own continent, will be easy…

Chile qualified in third place from the South American group behind Argentina and Colombia, so they are a very good side.

They got through ahead of Uruguay, that shows how talented a side they are. They have some dangerous players like Alexis Sanchez. And they’re on South American soil.

And then there are the Socceroos…

Australia have got nothing to lose in this tournament, they aren’t expected to qualify out of the group so that makes them dangerous.

They are underdogs but they are a decent side who can just have a real go at the World Cup finalists, so we have to treat them with every respect.

Is there extra pressure on you as captain of the side? Does it change the way you approach a match…

I don’t think so. It’s something I relish. I’m 30 now and one of the more senior players in the squad so I just have to use my experience to help other players at these tournaments.

This will be my third World Cup so it is useful to have been through that before. I can talk to the coach, talk to the players, be a leader on the pitch.

So how is the mood in the camp? Over the years there have been some divisions in Dutch squads.

Those days are in the past, I am happy to say. We are focused, happy. We have good fun, there is a lot of laughter, but we are serious.

This is a really nice, unified group and I’m very happy to be a part of it. At the moment we concentrate on club business, but when we get out to Brazil it will be very focused. You are together for a few weeks and you really come together as a unit. That time will be important. 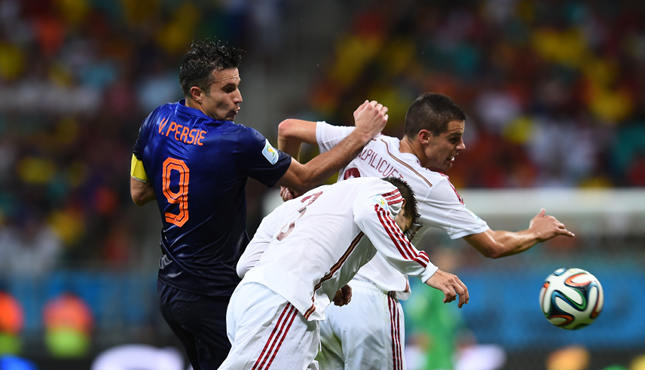 Playing in England, do you see your adopted home country having a chance in the tournament?

Of course. I see week in, week out how good English players are. I play with some many of them at United and I face them. I’m not sure why England haven’t done so well at the last few tournaments but it is not because of a lack of talent.

Wayne Rooney, Steven Gerrard, Frank Lampard, plus the young players that are coming through – they will have a good squad, and a side you don’t want to play against.

Maybe confidence is their issue, or the pressure has been too much, I don’t know. But it wouldn’t surprise me to see them do well.

Holland have some of the craziest fans in the world, do you expect them to show up en masse in Brazil?

They will be there. Wherever the Oranje goes, the supporters in orange go, it is inevitable.

They will be turning venues into our national colour, and that is a wonderful sight as a Dutchman, to walk out onto a field and see sides of the ground all in orange.

They are the best supporters in the world, and we want to win for them.

How much would winning the Golden Boot mean to you?

I would be very happy to be Golden Boot. Not many players get the chance to win that.

But I do not want it as much as winning the trophy, not even 1% as much. That is everything to us. But if I could win it, it would mean that I am doing my job well. And if I do my job well it means we have got a better chance to win the cup.

And if Holland don’t win the World Cup, who will?

Well Spain are everyone’s favourites, and rightly so. They were the better side than us on the day in the last final, we admit that.

But you have to look at Brazil, at home, to be major contenders too.

The crowds out there expect them to get to the final. Anything less will be a disaster for them. And there are many other very strong sides. Italy, Germany of course – and the South American sides. It will be very interesting, but there are seven or eight sides who can win it.

Written By
Kyle Elliot
More from Kyle Elliot
The Three Stripes trim the weight of the new Instinct down to...
Read More