If there’s one player that’s dominated headlines all across planet football this summer, it’s Robin van Persie. His big money move to Manchester United was the subject of much speculation – but it’s also cast into light the Dutchman’s incredible superstition over his boots. 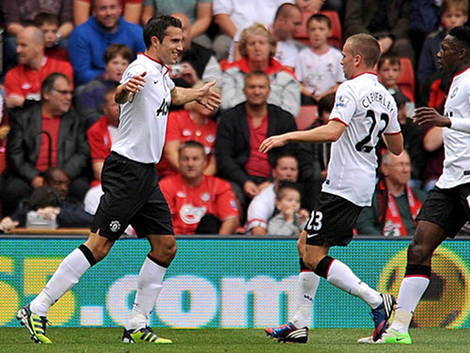 After wearing the adidas Predator LZ whilst in action for the Netherlands at Euro 2012, the Dutchman arrived at Old Trafford and immediately took to the training pitch in a pair of the older adidas Predator adiPower.

Not only that, but the former' Feyenoord forward has played his first three games for the Red Devils in his older boots, notching up an impressive four goals including a match-winning hat-trick away to Southampton.

Following these' appearances, we had dozens of emails, tweets and Facebook messages asking why the Dutchman would switch to an older pair of boots. 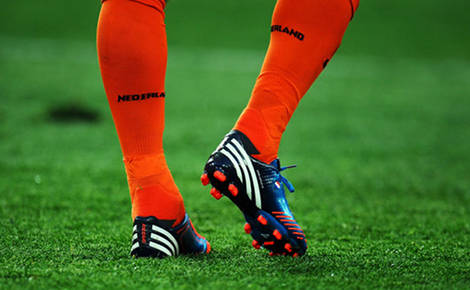 So, we did a little digging into RvP’s choice of footwear. Van Persie’s time in the Predator LZ' has been short, but after wearing a bespoke pair (with a custom Predator_X FG sole) during Euro 2012 and hardly finding form (though he did score a beaut against Germany) and only bagging twice for Arsenal in the Lethal Zones, we imagine Van Persie wanted to bring his ‘lucky’ adiPower boots to his new club.

By contrast, last season’s golden boot winner scored at least one goal against Villa, Blackburn, Newcastle, Tottenham, Liverpool and Stoke in the Slime/Indigo adiPower before switching to the LZ in May. 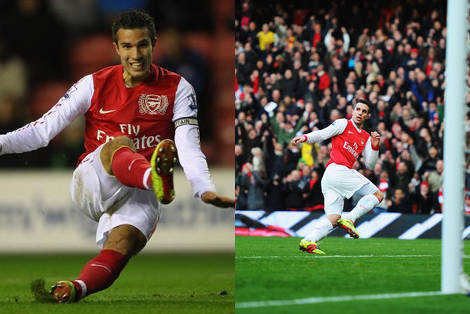 But news of the Dutchman’s boot superstitions should be nothing new to anyone that’s kept an eye on Van Persie’s feet over the past few years. Last season, Van Persie famously swapped his adiPowers for a pair of Electricity/Poppy Predator_X‘s against Wigan.

The reason? Van Persie had bagged a hat-trick against Wigan in the same fixture a year earlier, so he broke out the same pair in hopes of a repeat performance. 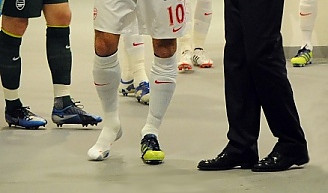 The Dutchman, like many other footballers, is also known to be a left-to-right dresser. Often waiting until he’s left the dressing room before putting on his right boot.

Van Persie also opted to wear his Slime adiPowers in international action with the Netherlands this weekend – but now he’s picked up a minor injured wearing them, we’ll be interested to see whether he still thinks they’re lucky when he returns to action for United.

We know Fernando Torres loves white leather boots, Tom Cleverly used to only wear white cleats, and Didier Drogba won’t change boots if he’s on a run of goals – but is RvP the king of boot superstitions?

What match day' preparations' do you have to go through before a game?