When the Republic of Ireland take to the field against Argentina tomorrow night, it’ll be a special occasion for all the players in the squad to be facing off against players like Messi & Higuain. 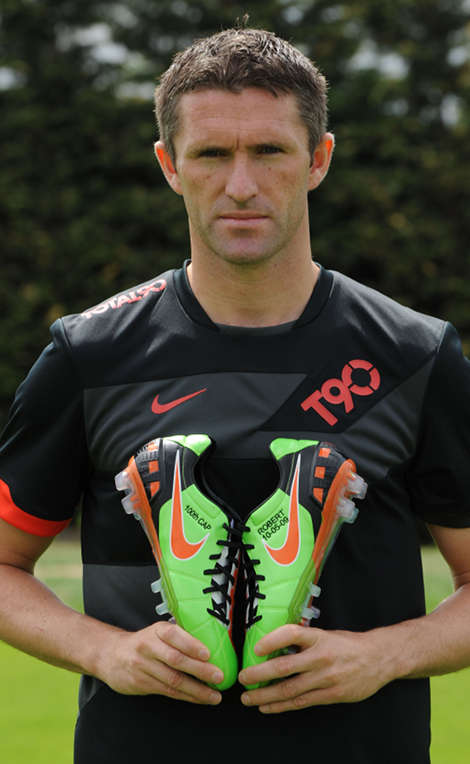 However, for Robbie Keane the occasion will be all the more special – as he celebrates his 100th appearance in the famous green shirt of the Republic of Ireland.

To mark the occasion, Nike have kitted out their man with a super special pair of Total 90 Laser III‘s. These custom, Nike iD football boots have features that set them apart from the crowd. 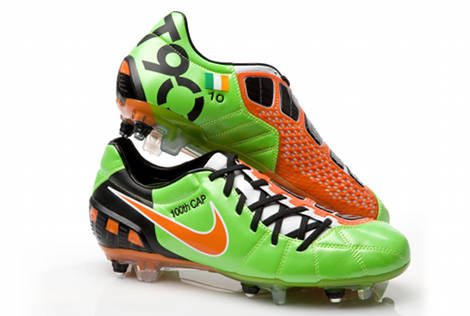 Firstly is the colourscheme Primarily the Total 90 Laser III‘s signature Electric Green colour, the boot also incorporates Orange and White to turn the boots into a tribute to the Irish flag.

You’ll also notice some very special pieces of embroidery on the football boots; on the outside of the right boot is the ‘1ooth Cap’ embroidery. And the left boot features the the name of Keane’s son and his date of birth on the outside, and the customary number 10 and Irish flag on the inside.

Eagle eyed boot spotters will notice that there are actually two pairs of football boots on display here, with one pair baring the HG soleplate and the other the Mixed-Sole soleplate.

Whilst there’s no official word from Nike, we imagine that it’s so Robbie can play in his special Total 90 Laser III‘s whatever the weather’s like at Croke Park tomorrow night!

We think that the boots look outstanding, but here’s what the man himself had to say about his boots, and the occasion in general! 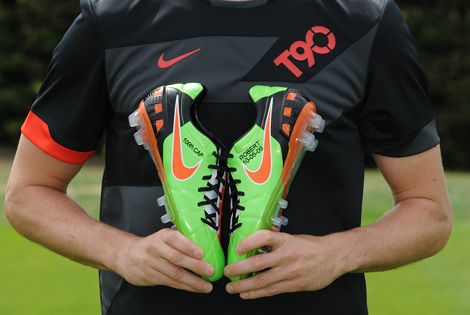 It’s an amazing feeling and a real privilege.'  When I started out I never dreamed I’d reach 100 caps alongside players like Steve Staunton, Shay Given and other Irish legends so it feels really special to join that group and will be a special night for me and my family.

What is so special about playing for Ireland?

Whether we play home or away there’s always a fantastic atmosphere.'  The fans make a real noise and it makes for great conditions to play under.

Did you ever dream you would reach this milestone in your career?

When you are a kid it’s a dream just to play for your country so to reach 100 caps is a real dream come true.

Do you like your Nike I.D football boots, and why?

They look great.'  Nike has done a nice job designing them, using the Irish colours, plus embroidering the 100th cap, my son’s name, and the Irish flag on the sides via Nike I.D..'  It will be an honour to wear them 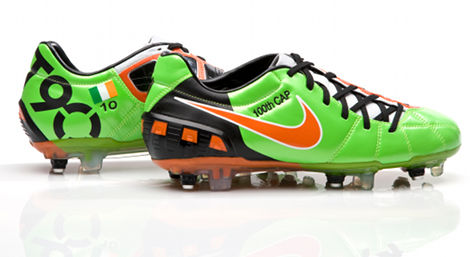 This is something to tell your little boy all about when he is older, what will you tell him?

He will actually be there, he wouldn’t miss it for the world!'  He is going to be a mascot on the night so hopefully there’ll be some great photos and footage for him to look at in the years to come.

Are you looking forward to the game?

I’m massively looking forward to the game especially against one of the top teams in the world like Argentina. I˘€žËm also looking forward to playing at the new stadium which looks fantastic.'  Coincidentally, I actually made my home debut at the old Lansdowne Road against Argentina back in 1998.

Do you have a message for Ireland fans, thanking them for their support over the years?

Absolutely, the Ireland fans are fantastic. They have always given us great support and create such an amazing atmosphere which helps gives us as players a real boost.