1999 FIFA Player of the Year and 2002 World Cup Winner Rivaldo is putting his money where his mouth is and developing a new type of football boot for Brazilian sports company Stadium. 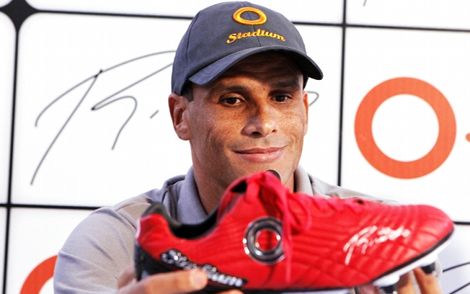 The Brazilian legend – currently infrequently plying his trade for Sao Paulo FC – signed up as a brand ambassador for Stadium recently, and has given his input on a new range of football boots that he will personally wear on the pitch.

Far from a traditionalist, Rivaldo’s deal is one born out of philanthropy rather than simply milking his name for all it’s worth before he retires.

Rivaldo and Stadium have come up with a range of football boots that are designed to be low in cost, with the aim of marketing them towards footballers from less fortunate backgrounds – like the one former Barcelona and AC Milan man grew up in – and providing a genuine alternative to the more expensive Nike and adidas ranges more normally associated with Selecao players.

Far be it from being a budget boot,'  Rivaldo will also wear his self-designed football boots when ever he takes to the pitch for Sao Paulo, and has recently been wearing them'  in Sao Paulo’s matches in the Brazil Cup.

The playmaker has also announced that the proceeds from each pair of his football boots sold, that a percentage will go back into football in the community schemes, enabling youngsters who might not normally have the chance to play to get into football. 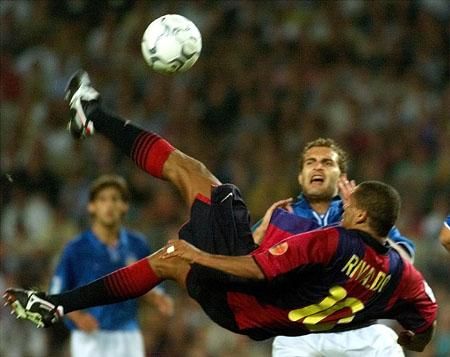 Rivaldo’s career in football boots has been a long and interesting one; most famously, though, the attacker spent his prime in Mizuno Morelias, and went on to have the highly-regarded Wave Cup Rivaldo boots named after him.

Since moving to Greece, however, Rivaldo has often been spotted in Puma football boots, from the Early V-kon range to the quilted Puma King Exec – which we can definitely see has inspired the toe-end of his signature model.

What do you think of Rivaldo’s creations? Is this a trend (players designing boots, with profits to charity) that would appeal to you as a boot consumer?

Written By
Kyle Elliot
More from Kyle Elliot
Nike to take the reins from adidas after striking an unbelievable new...
Read More