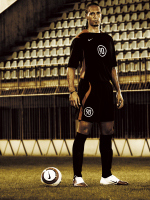 Rio Ferdinand is in line to face Croatia as England continue their World Cup qualifying campaign in Zagreb on Wednesday.

The Manchester United defender missed the 2 – nil over Andorra with a neck injury but will travel after coming through a training session with the rest of the squad at their base in Spain.

If fit, coach Fabio Capello seems certain to pick Ferdinand at the heart of England’s defence alongside John Terry.

Croatia put paid to England’s hopes of qualifying for last season’s European Championships after winning 2 – 0 at home and then inflicting a 3 – 2 defeat on Steve McClaren’s side at Wembley.