Umbro have now released both the home and away kits that the boys in green will be taking with them to France, Euro 2016.

Following on from the launch of the home kit back in March, Martin O’Neill’s Republic of Ireland team now have both their home and away kits lined up and ready to take with them to France this summer. 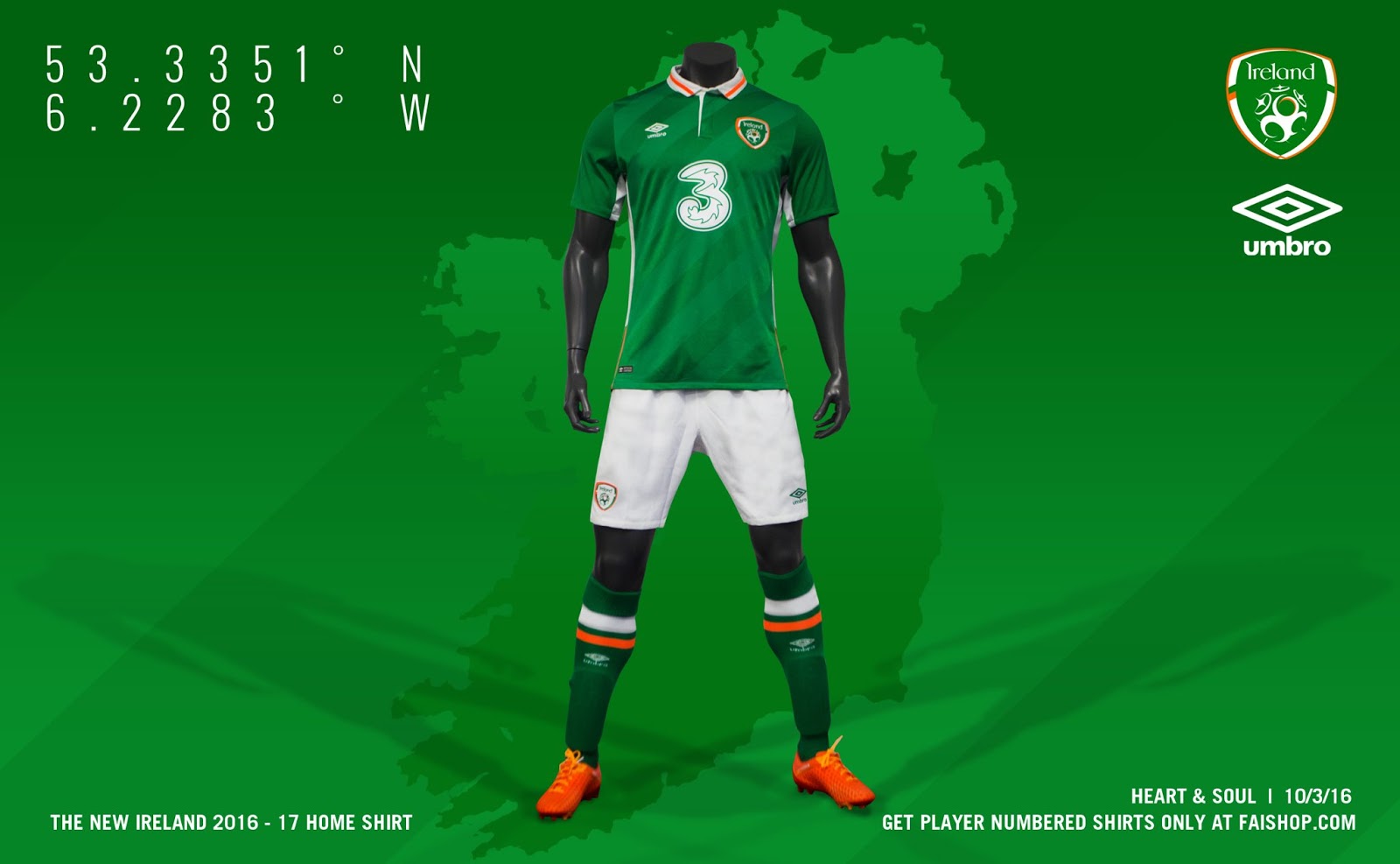 Styled in trademark Shamrock Green, the new’ Republic of Ireland Home Shirt for Euro 2016  also brings a diagonal striped effect to the design, with a thin trim of orange which flows through the side and collar of the shirt. 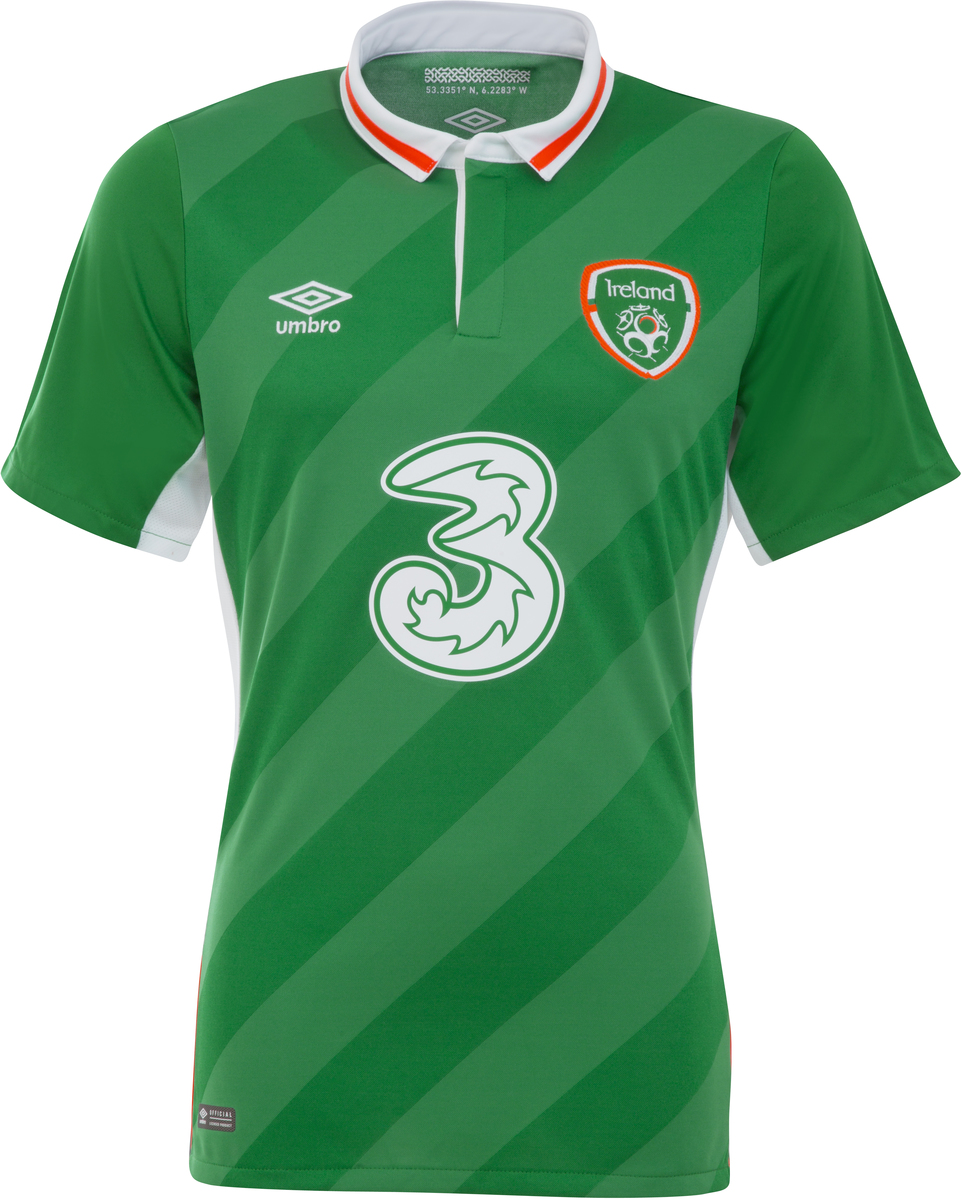 The result is an innovative new shirt befitting of the pride of the Emerald Isle, as they enter their third European Championship finals this summer.

Republic of Ireland Away Kit Euro 2016 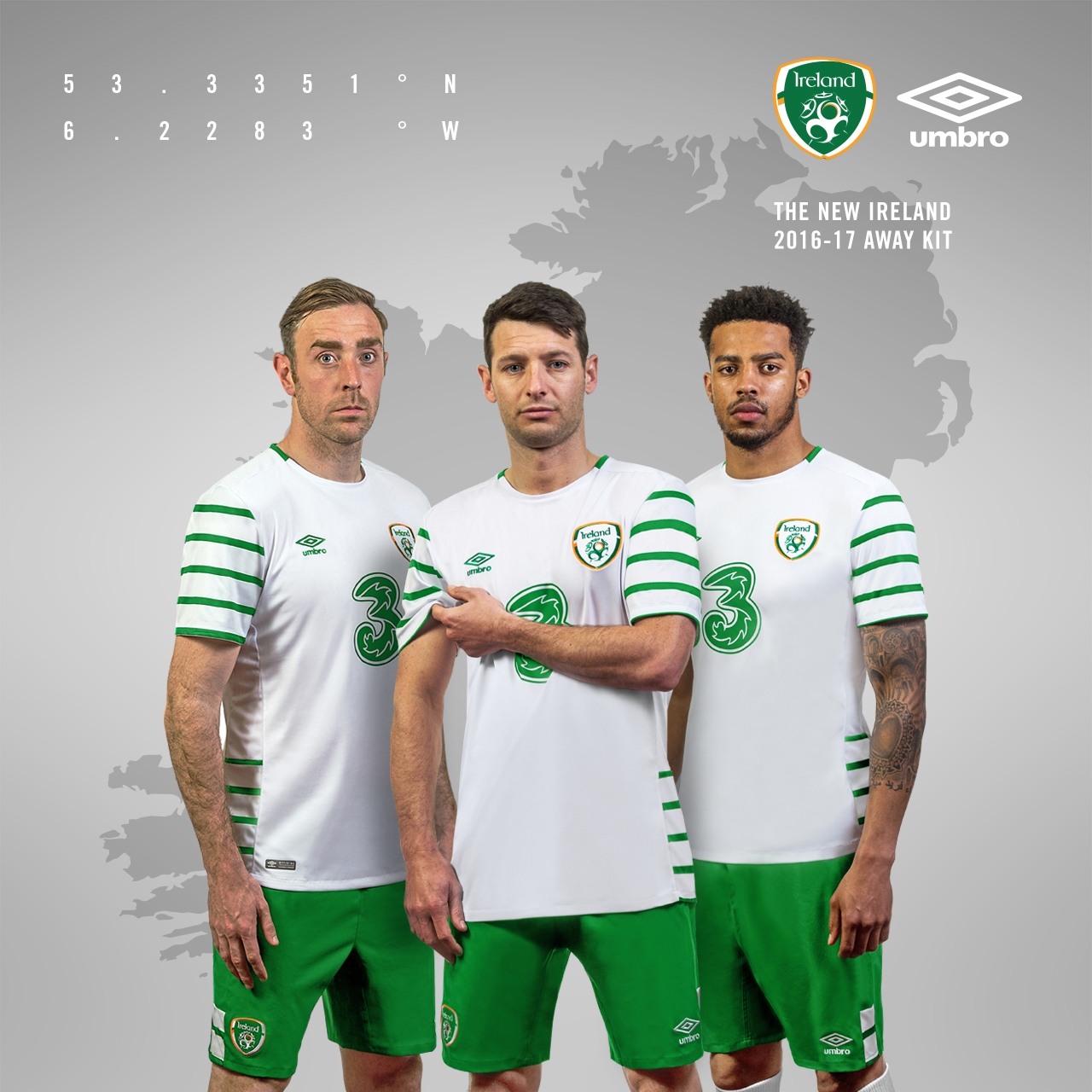 The away kit is predominately white, with dark green hops on the arms and lines on the side of the shirt. 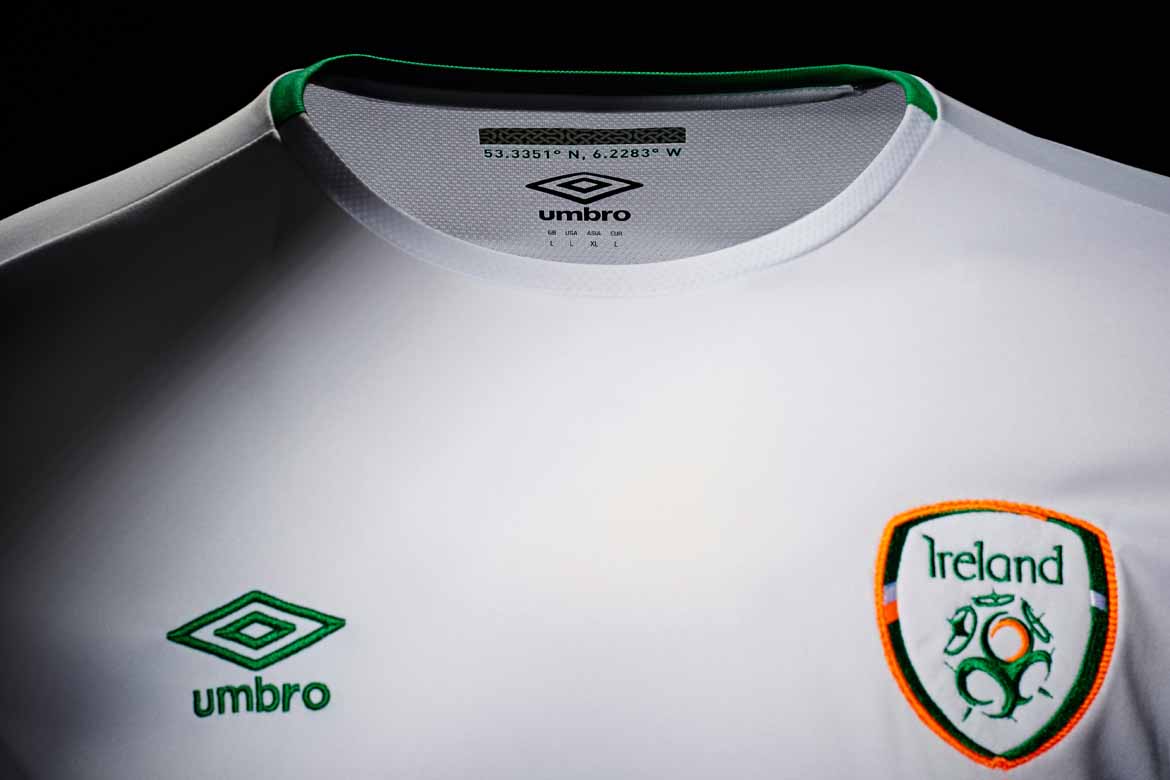 The shorts are emerald green, with white socks.

Ireland are likely to feature the new away kit against Belgium and Italy in their final two Group E games at Euro 2016.

ITALY Vs REPUBLIC OF IRELAND

BELGIUM Vs REPUBLIC OF IRELAND

REPUBLIC OF IRELAND Vs SWEDEN