Introducing Reebok’s Instante, worn for the first time during the Champions League final by Thierry Henry and Ryan Giggs. 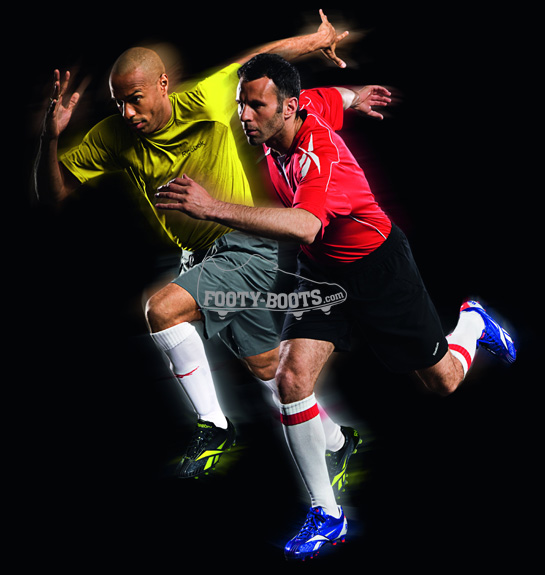 The Reebok Instante is not due for retail release just yet (July 2009), but will be showcased in the Champions League final by Thierry Henry and Ryan Giggs, assuming they both play of course.

Thierry Henry will be wearing the Reebok Instante in a Black and Neon Yellow colourway.

Meanwhile Ryan Giggs will be wearing the Blue and Neon Red version. 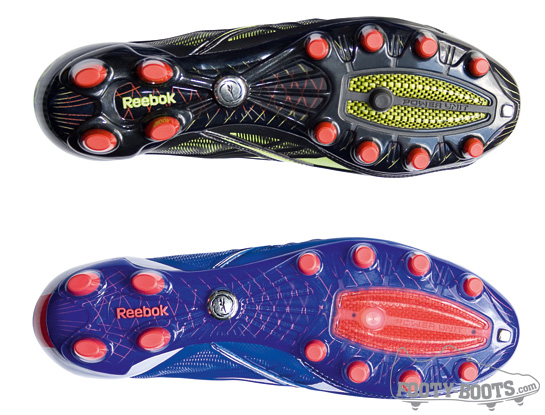 The Instante football boot, combines Reebok’s Power Unit technology and optimised lightweight design to provide added power and speed. The Instante will be available in with either screw in or moulded studs and will cost £100.

Thierry Henry and Ryan Giggs can also be seen vying to outdo each other in a series of competitive jokes and pranks in Reebok’s to support the Instante launch.

In the video, Henry and Giggs, can be seen playing a series of jokes delivered via text message, e-mail and even international courier. The film captures the competitive spirit and healthy camaraderie that exists between the two.

The opening scene depicts the footballing legends poking fun at each other via picture message. Each of them first receives an embarrassing old picture of themselves from when they were first making their mark in the game. The teasing builds, culminating in Henry receiving a cardboard cut out of the Champions League trophy with the words, ‘To Thierry, 2009? From Ryan.’

It was good fun making the ad, as you can see Ryan and I don’t take ourselves too seriously, however that will be very different in Rome on Wednesday!

Thierry and I have known each other for years and always enjoyed a bit of banter and joking around but all of that is put on hold in Rome on Wednesday!