Thierry Henry was today the victim of a burglary that left him without one of the favourite pieces of art in his collection.'  Without support from the authorities he called in close friend Lewis Hamilton to help him recover the priceless sculpture.

Fortunately for Henry, the robbery was all part of the latest installment of Lewis Hamilton: Secret Life from Reebok, which launched in March.

SecretLewis.com is an alternate reality game, where players like us, help Lewis Hamilton crack codes and solve puzzles, in order to help Lewis help his sporting pals – and this time it’s the turn of Reebok wearer Thierry Henry!

A little bit of background for those who haven’t played before: The game˘ first mission was launched in Bahrain in March and lasted for five weeks.'  The mission was to help Lewis recover a painting stolen from a Shanghai mansion.

More than 60,000 players took part in the first episode, which included a 3D online heist simulator as well as Facebook challenges, a live event in Kuala Lumpur and a video of Lewis retrieving the stolen painting.'  Fans from every continent took part and there were over 100,000 page views at the various online parts of the game.

In the second mission, launched today, players will now help Lewis find clues and solve puzzles as he attempts to recover the sculpture taken from Thierry˘ home last week.'  The burglary is the starting point for the mission.

This mission will be played across a variety of platforms as the story unfolds. These include a network of fictional websites, mobile games, Twitter feeds and videos. There will also be opportunities for players to attend live events that are central to the development of the storyline.

The game will run until October and is based around five core missions. Players can get involved at any stage and there is no need for anyone to have taken part in the first mission to be involved with the rest of the game and help Lewis recover stolen artefacts from around the world. 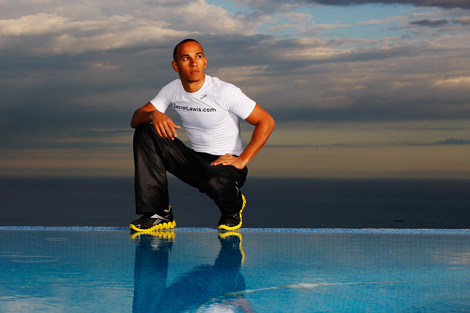 Describing his role in the filming for the game, Thierry Henry said; ”It was a lot of fun to work with Lewis again and this game is an exciting project to be a part of.'  I˘€žËm going to be following this mission closely.”

We’ve been doing some Sleuthing of our own around Henry’s house. Our suspicions that the motive was revenge were confirmed when we found this at the crime scene…

What do you think of this Alternate Reality Game?

Will you be playing? Did you play last time? We want to know!