Where do you go when there’s nothing left to prove? You go somewhere new and prove it all over again. All of which led to the world’s most expensive player being unveiled before an 80,000-strong Madridista crowd on Monday night.

Every single screaming fan hoping Cristiano Ronaldo helps snatch the title from Barcelona. New arena. New challenge. And as the £80million man stepped into the applause wearing new, personally tailored Back-to-Black Mercurial Vapor Superfly boots, you just got the feeling that this could be the start of something very special. 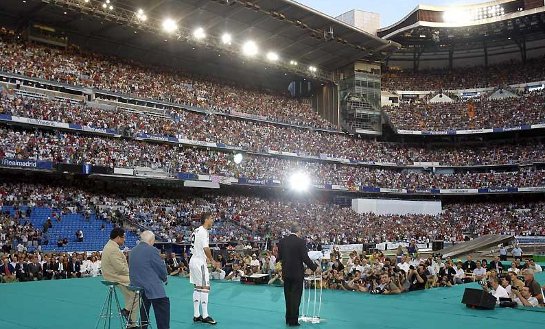 “I am very happy to be here,” the 24-year-old Portuguese winger told cheering fans at the Santiago Bernabeu stadium in the Spanish capital after completing his much-desired move to the club from Manchester United. “For me it is the realisation of a childhood dream, which was to play for Real Madrid. I never expected the stadium would be full just to see me. It is impressive.”

Ronaldo, the 2008 Fifa World Player of the Year, was wearing his newly allocated No9 jersey once sported by club legend Alfredo di Stefano. The Argentine striker, Real’s honorary president, was present at the unveiling as was Portuguese legend Eusebio. The jersey was recently vacated by Argentine striker Javier Saviola who joined Portuguese side Benfica last month. 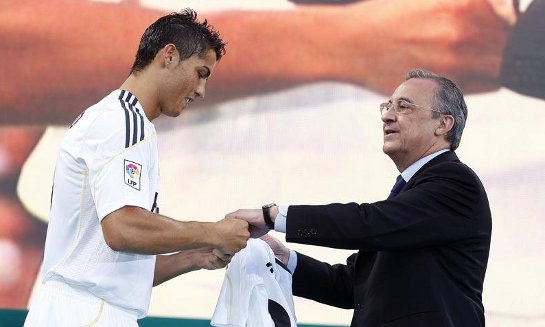 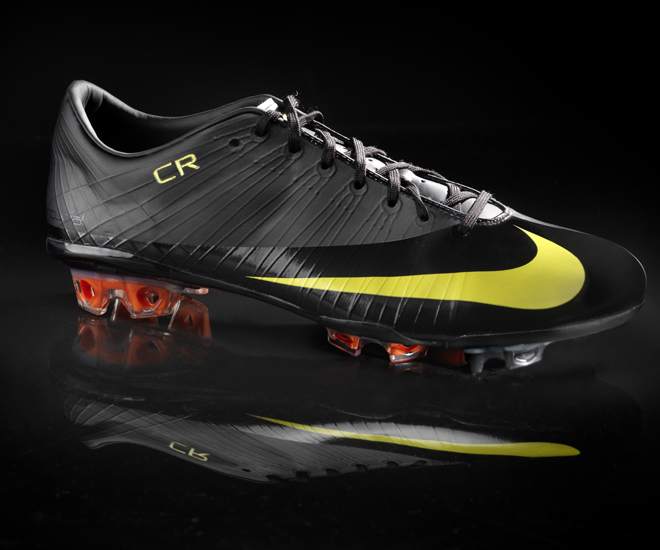 Ronaldo was presented with the boots ahead of the unveiling which explains the personalization on the boots not including his number. Nike were sure to keep that under wraps until the official unveiling!

Real acquired' Cristiano Ronaldo' from Manchester United' last month on a six-year deal worth 94 million euros and he will reportedly be paid 13 million euros each season, making him the most expensive player in the world.

Ronaldo, who spent six successful years in Manchester, arrived in Madrid on Monday on a private flight from his native Portugal where he was on holiday, sparking a media frenzy with dozens of photographers trailing his every move. 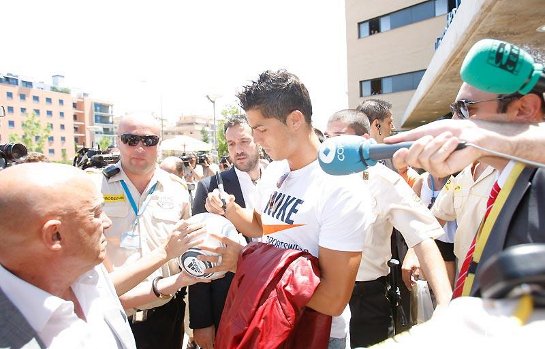 Ronaldo will team up with Kaka, the 2007 Fifa World Player of the Year, who signed with Real from AC Milan for 65 million euros in early June. Kaka was officially unveiled on 30th June at the Bernabeu stadium before 55,000 fans, according to club figures.

The Brazilian was the first big name who construction magnate Florentino Perez signed since he returned in June for a second stint as president of Real.

Perez, who brought Luis Figo and Zinedine Zidane to Real during his first term as the club’s president between 2000 and 2006, is seeking to rebuild a squad which trailed arch rivals Barcelona last season by reviving his policy of signing football superstars.

Among Real’s other signings are French striker Karim Benzema from Lyon and defender Raul Albiol.

Written By
Felipe
More from Felipe
A job back in England looks to be on the cards for...
Read More