Whenever adidas release a new boot, they can usually be counted on to support it with a flurry of additional colourways to support it. And given the latest adidas F50 adiZero was officially unveiled last week, it’s no surprise to see some never-before-seen cleats cropping up ahead of this weekend’s games. 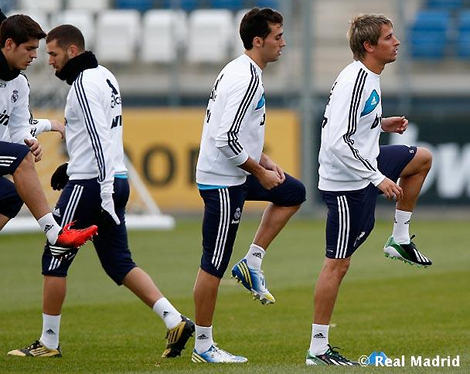 As usual, Real Madrid are among the first to don the latest adidas football boots, with several members of Los Blancos using the turf of Valdebebas to break in their footwear.

Fabio Coentrao drew the most attention in a Black/White/Vivid Green version of the all-new adidas F50 adiZero. A stark contrast to the Yellow launch colourway, we don’t doubt that – should this be the secondary launch colourway – a lot of players who prefer a more old-school look to their boots will find this colourway particularly appealing.

Interestingly, with Coentrao set to wear them this weekend, and David Villa promoting them in the imagery for the new Spain shirt, we’d have to wonder whether adidas will  enforce that all F50 players in La Liga will wear this colourway, leaving the Yellow version exclusive to Leo Messi.

That said, we can’t see too many players complaining, as the Black/Green combo on the upper looks like a real winner to us! 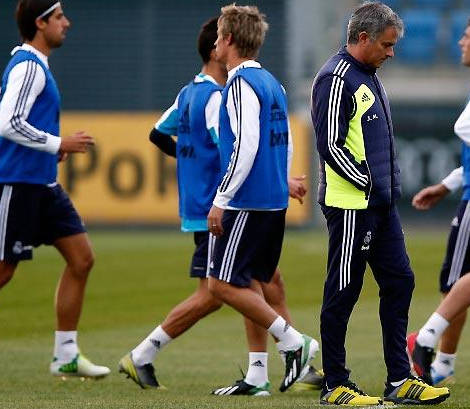 Elsewhere on the training ground several players opted to wear a White/Blue/Yellow version of the adidas Predator LZ.

Whilst some players, such as Kaká and his body-double Alvaro Morata, stuck with older colourways, Angel di Maria and a handful of other Madridistas were on hand to show off the new colorway of the Lethal Zones. 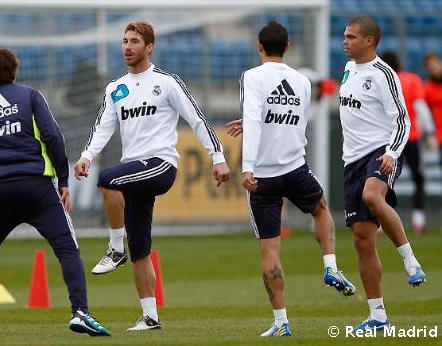 As the last two Predator LZ colourways have been a little on the dark side, it’s no surprise to see this White/Blue/Yellow model providing a perfect contrast to the Black/Infrared/White model debuted by Steven Gerrard earlier in the week.

That said, with a classic white ‘base’ colour, we’re sure this new model won’t be too offensive to traditionalist eyes, either.

Then keep a sharp eye on Footy-Boots.com over the coming weeks, where we’ll be looking at them in more detail!