Real Madrid will be boasting blue away from the Bernabeu this season, as adidas have officially unveiled the away shirt for the 2013-14 campaign.

Launched under the tagline ‘Real Legends, Real Madrid’ the new away shirt is designed to honour the 30’s, 40’s and 50’s – a period of exceptional growth in the club’s history. 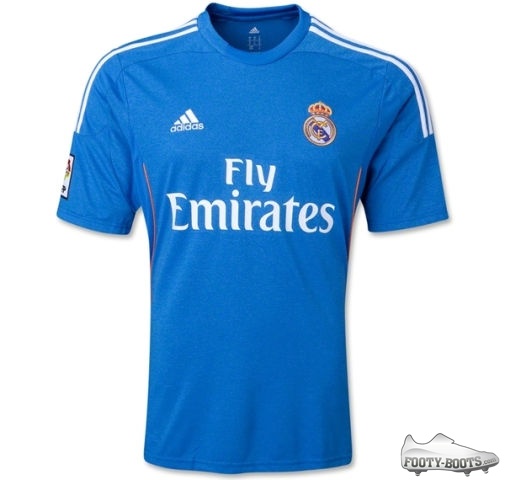 It’s fair to say adidas have gone for something of a modern-classic feel for this new shirt, with a simple crew collar enhanced with a modern print off-set to the ' right of the neck-line.

The colour is drawn from the blue away shirts worn through various seasons in the club’s historic 1930-1950’s period, in which the foundations of the club as we know it today were laid. 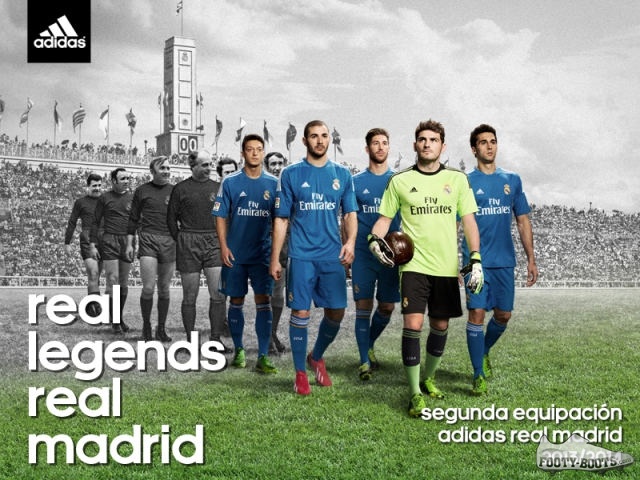 Royal Blue and white are certainly a palette to which Real Madrid are no strangers, however adidas have added in orange piping to the torso vents of the shirt – creating a continuous design link to the new home shirt and to represent the ‘modern’ Real Madrid on this retro-inspired shirt. 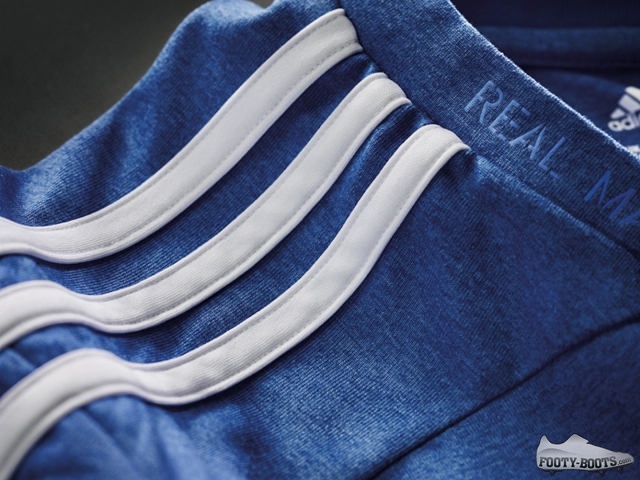 Adding to that nostalgic flavour is the unique use of a' melange fabric; this cotton-effect textile gives the shirt a softer touch and feel reminiscent of football shirts past whilst still allowing adidas to incorporate all the technologies that have become the hallmark of their football shirts, such as Climacool and Formotion. 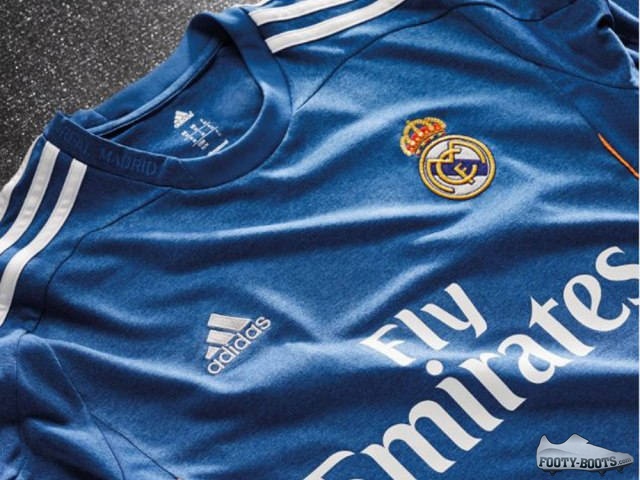 Launching from today, the Real Madrid Away Shirt 2013 can be picked up at the official Real Madrid and adidas stores, or you can check on the Footy-Boots.com store for the best price in your region.

Thoughts on the shirt?

Written By
Kyle Elliot
More from Kyle Elliot
If Sebastian Squillaci sticks with Bikkembergs, he will be the first player...
Read More