After causing a little bit of a stir this weekend with a pair of rainbow-colour laces for Joey Barton’s football boots, bookmaker Paddy Power and gay rights charity Stonewall have revealed themselves as the cause behind the laces, and the message their hoping to send with them.

Paddy Power – online bookmaker and always-welcome mischief makers at just about every sporting event – have been backing punters by saying they’re ‘right behind’ a number of their customers who interact with them via social media for the last year or so.

But the always-lighthearted tone of the message has been (mostly) lifted, with the oddsmakers teaming up with Stonewall in a hope to change attitudes towards homosexuality in football.

Paddy Power and Stonewall have created rainbow coloured football boot laces and distributed them to every footballer across all 134 professional clubs in the UK. Each of these players are being asked to wear the special laces in their club fixtures on September 21st and 22nd to show they support gay footballers. The simple message of "Right Behind Gay Footballers" is designed to kick start a fundamental change in attitude €“ it's not about forcing anyone to come out. 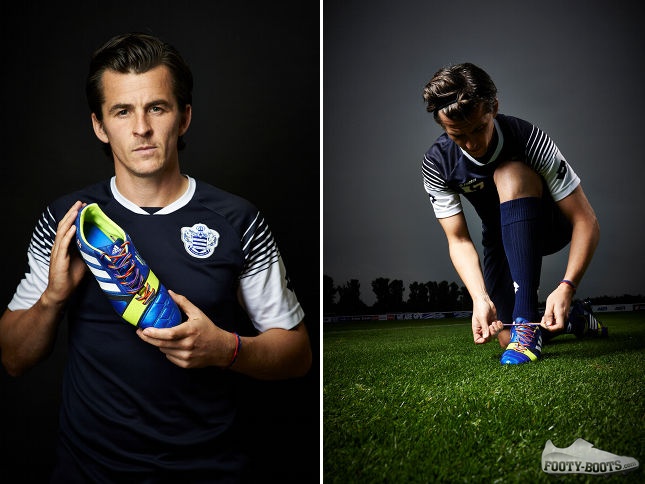 Paddy Power, the spokesman for the bookmaker, said; "We love football but it needs a kick up the arse. In most other areas of life people can be open about their sexuality and it's time for football to take a stand and show players it doesn't matter what team they play for. Fans can show they are right behind this by simply tweeting using the #RBGF hashtag whilst all players have to do is lace up this weekend to help set an example in world sport."

Stonewall Deputy Chief Executive Laura Doughty said: €It's time for football clubs and players to step up and make a visible stand against homophobia in our national game. That's why we're working with Paddy Power on this fun and simple campaign. By wearing rainbow laces players will send a message of support to gay players and can begin to drag football in to the 21st century.'

There will also be numerous activities and ways to get your hands on the laces to show support throughout the week, as well as plenty of stuff going on with the #RBGF hashtag.

Definitely a great idea, from our point of view! You can be sure we’ll be lacing up our boots throughout the week with a set – so keep your eyes peeled, they might just make their way into a review!